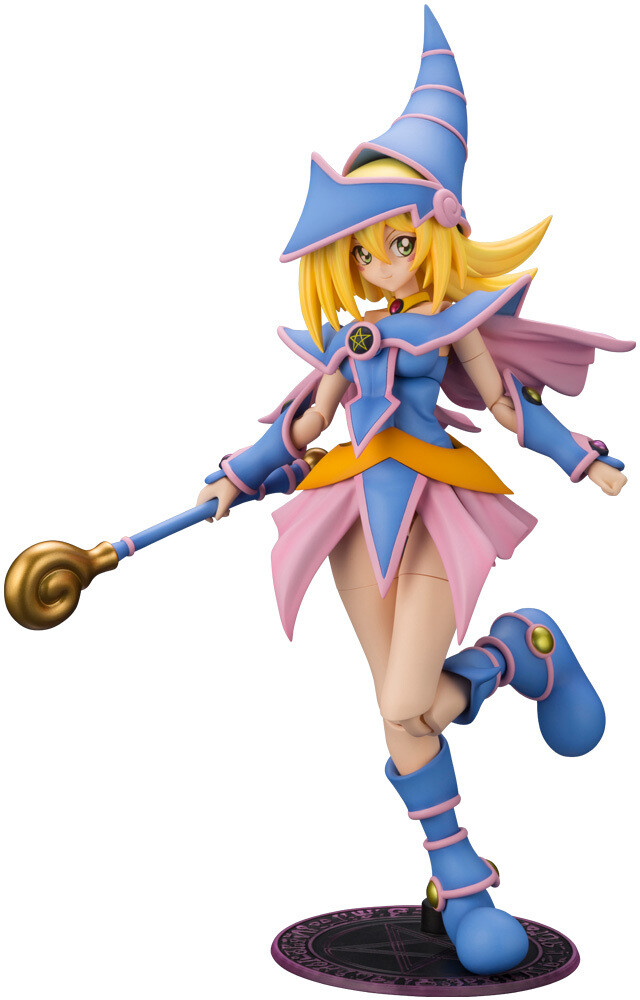 The creation of this model was headed by sculptor Tsukuru Shirahige, who was in charge of the original sculpt for Kotobukiya's 2011 PVC Dark Magician Girl figure, which was so popular that it was still in high demand even after a reproduction run!

While faithfully reproducing the proportions of the original character design, the model also maintains a range of articulation using CAD engineering!

With additional face and hands parts, this model can also be posed in a variety of ways to mimic scenes from the series.

As a feature unique to model kits, this model is partially compatible with Kotobukiya's original plastic model kit series, Frame Arms Girl, greatly expanding how it can be posed and enjoyed.

What is Frame Arms Girl?