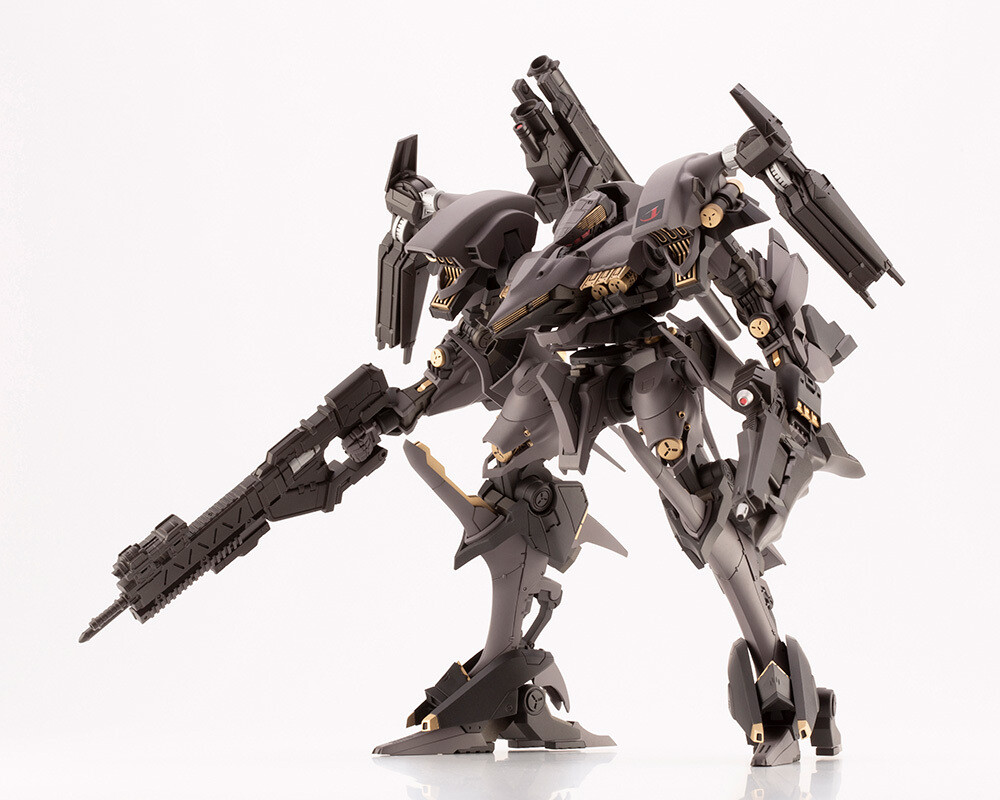 From the high speed mecha action video game "Armored Core 4," the one and only Supplice from the battle scene in the opening movie of the game joins the Variable Infinity Series as a plastic model kit.

The emblem decal from LINX No. 1 Berlioz is included with the optional parts, "SAMSARA," "02-DRAGONSLAYER," "051ANNR (Left Arm)," "SALAF CORE-OPC01," "03-AALIYAH/CLS1," etc. Users can customize their model with the included emblems in order to recreate models from the game.

*Connection parts to attach the stabilizers (core) to the main unit are included.