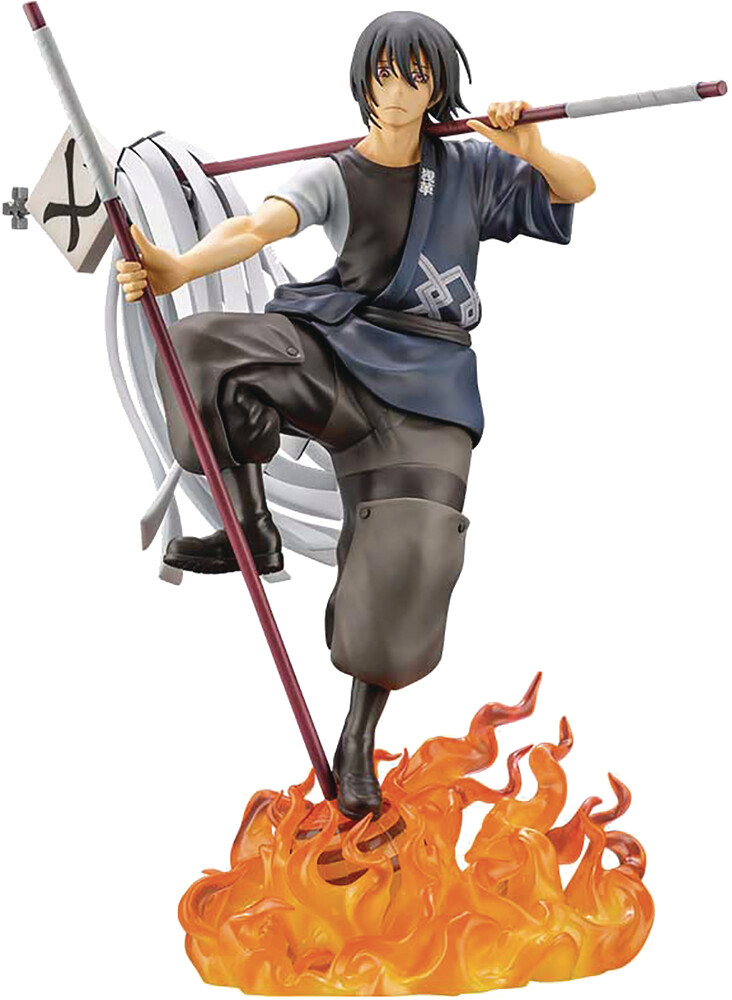 From the hit TV anime based on Atsushi Okubo's manga series that has sold over 12 million copies worldwide, Fire Force, the captain of the Special Fire Force Company 7 and the "strongest Fire Officer", Shinmon Benimaru, joins the Kotobukiya ARTFX J statue series!

This detailed sculpt is inspired by the scene where Shinmon displays his high mobility using his Ignition Ability to stand in the way of an enemy.

The part of the base that is designed after Benimaru's signature weapon, the matoi, is sculpted using clear material. In addition to the intense sculpt of the base, the fluttering streamers of the matoi that Shinmon grips in his left hand further adds to the sheer volume of this figure.

The eyes and the flames on the base have been painted with a fluorescent paint which glows when shined with a blacklight.

This statue is perfect for any Fire Force fan. Be sure to get a hold of this statue, and revel at the fine details and sculpt from various angles!

Enjoy the world of Fire Force by showcasing Shinmon Benimaru next to other statues such as ARTFX J Shinra Kusakabe, ARTFX J Tamaki Kotatsu, and soon to be released ARTFX J Arthur Boyle!