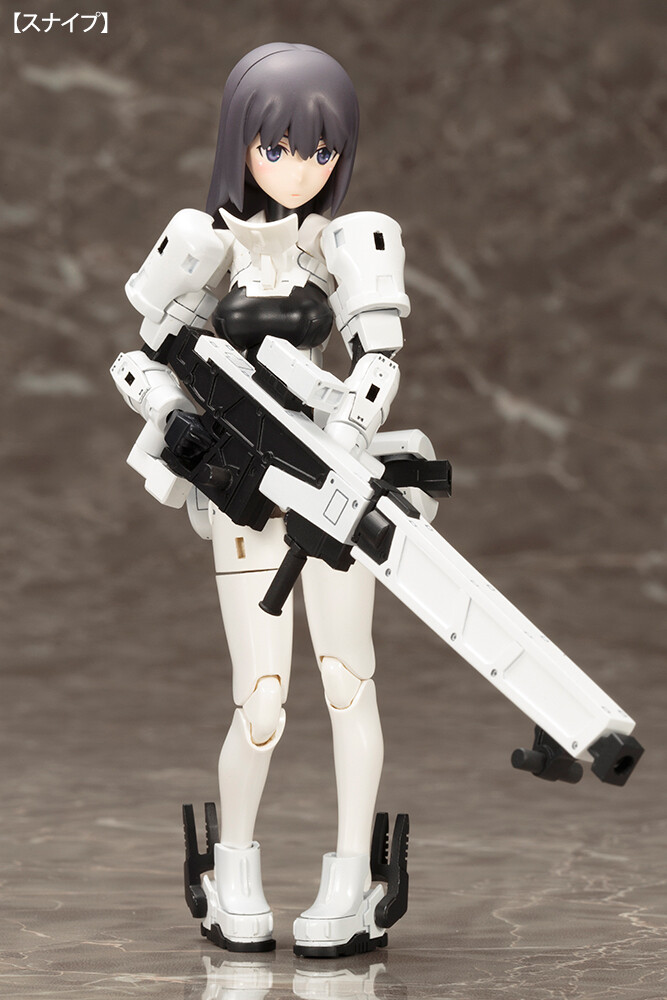 "Megami Device" is a plastic model kit series combining Bishoujo-style beauties and heavy-duty weapons and armor. Each character has a main body, or "machinika," designed by Masaki Apsy along with a huge array of interchangeable parts to outfit her as you like!

The latest character to join this series is WISMSoldier SNIPE/GRAPPLE designed by the beloved Fumikane Shimada!

Kotobukiya's Megami Device series is a line of 14 cm (5½") plastic model kits that come with a range of weapons and equipment that allow you to enjoy building and customizing your own Megami Device to use in robot battles. Each character has a main body, or "machinika," designed by Masaki Apsy, while the models' unique armor and mechanics are designed in collaboration with a variety of guest illustrators. The kits come with multi-colored parts and face parts pre-printed with tampography, making them easy to assemble with no paint required. The kits are equipped with 3mm joints, making them compatible with all of the weapons in the Megami Device line as well as Kotobukiya's other plastic model kit series!

(This item is reproduction.)