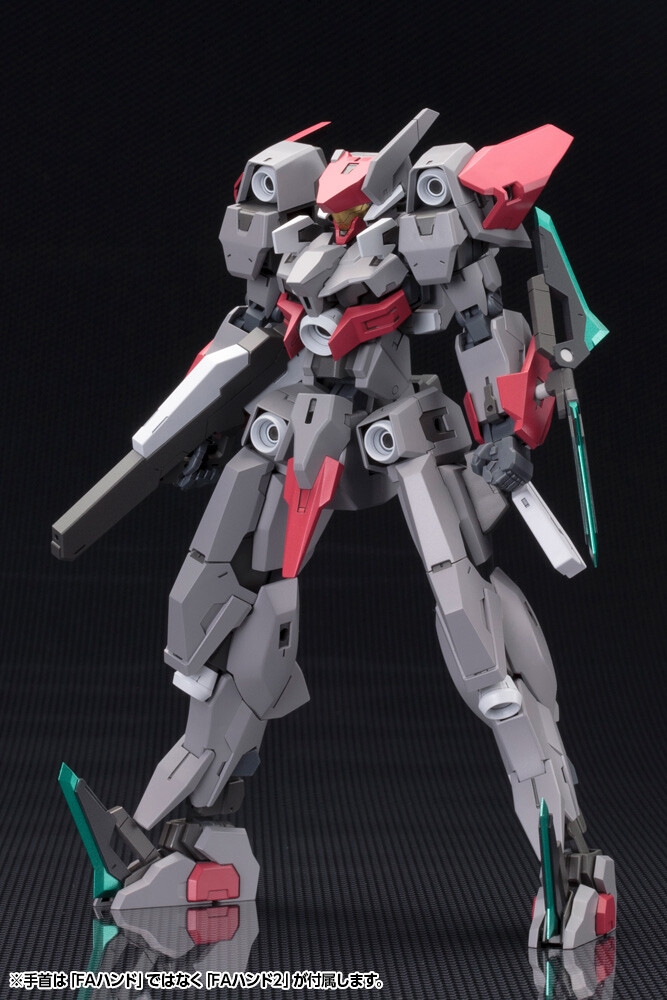 Developed as a test unit for the newest line of Frame Arms, Baselard was originally scheduled for discontinuation after the rollout of SX-25.

However, due to the demands of the war, several Baselard units were repurposed for use in battle. Amongst these, several units modified with parts from SX-25 were seen in battle. These units were registered as SX-25 Cutlass.

An updated version of its predecessor Baselard, Cutlass features a new color scheme and alternative weapons.

Changes Made in Model ":RE2"

*The Frame Architect parts are not pre-assembled and only includes runners necessary to assemble this product.