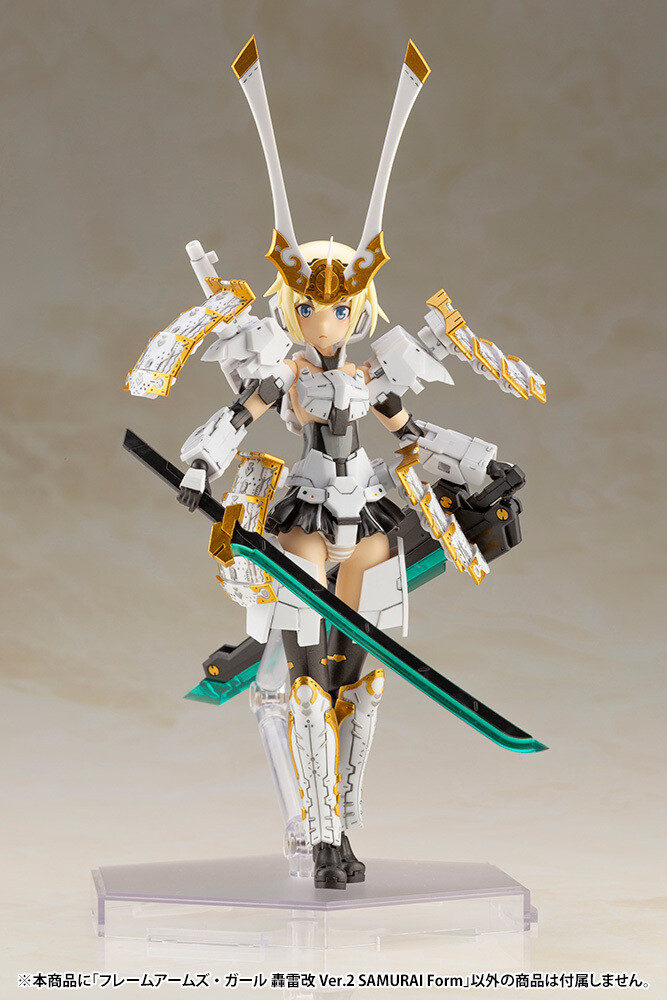 Frame Arms Girl is a unique spin-off series that redesigns the robots of the original Frame Arms line as beautiful girls! The latest addition to the line is a new Gourai-kai Ver. 2 equipped with SAMURAI MASTER SWORD and EXPANSION ARMOR Type G!

The GOURAI-KAI Ver.2 base model is the same as previous versions.

*1: This model kit does not include the pre-painted right-facing face part included with the previously released FRAME ARMS GIRL GOURAI-KAI Ver.2.