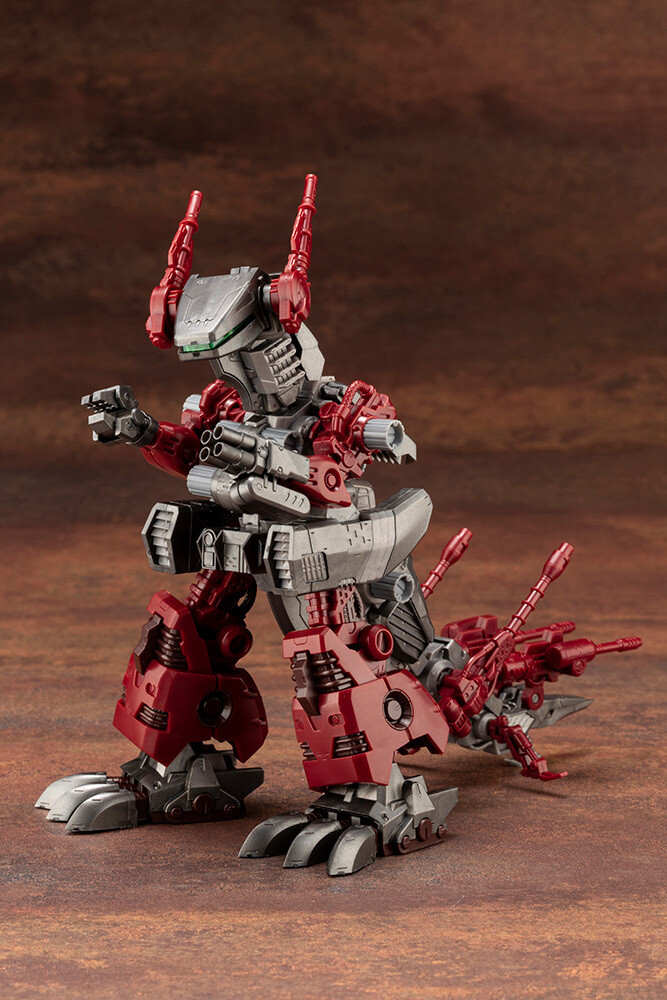 The core small-size mass-produced ZOID from the Empire's land force, IGUAN is returning to the HMM series!

Iguan, which uses the frame of Pteras and Godos is rejoining the lineup with a new color scheme.

The model is compatible with the separately-sold ZOIDS CUSTOMIZE PARTS PILE BUNKER UNIT.

In addition to the default clear green parts, the kit includes colorless clear parts that can be customized with model paint.

Add this small-sized ZOID, the core of the Empire's armored assault division, to your collection today!