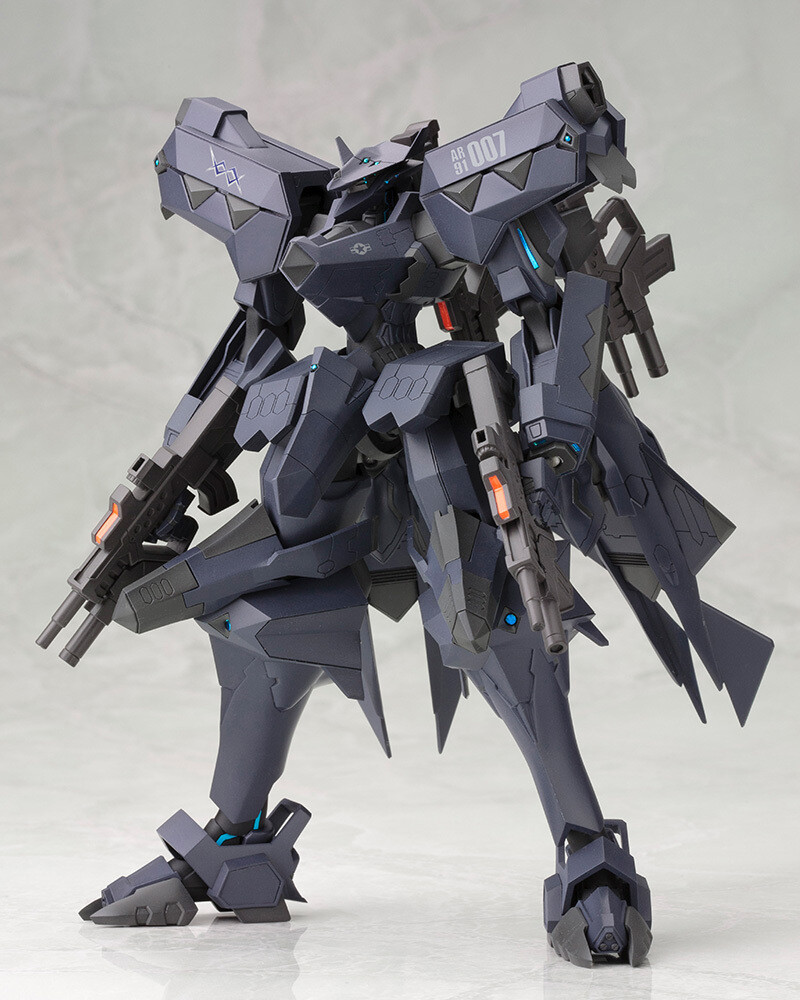 The Tactical Surface Fighter of the protagonist's rival makes its debut!

This version of F-22A Raptor EMD Phase2 is the main unit used in Infinities, with an impressive battle record in the hands of protagonist Yuya Bridges' former rival Leon Kuze and Sharon Heim.

As the unit's markings are recreated with decals in this multi-color kit, users can recreate a finish that is close to F-22A Raptor EMD Phase2 by just assembling the model.