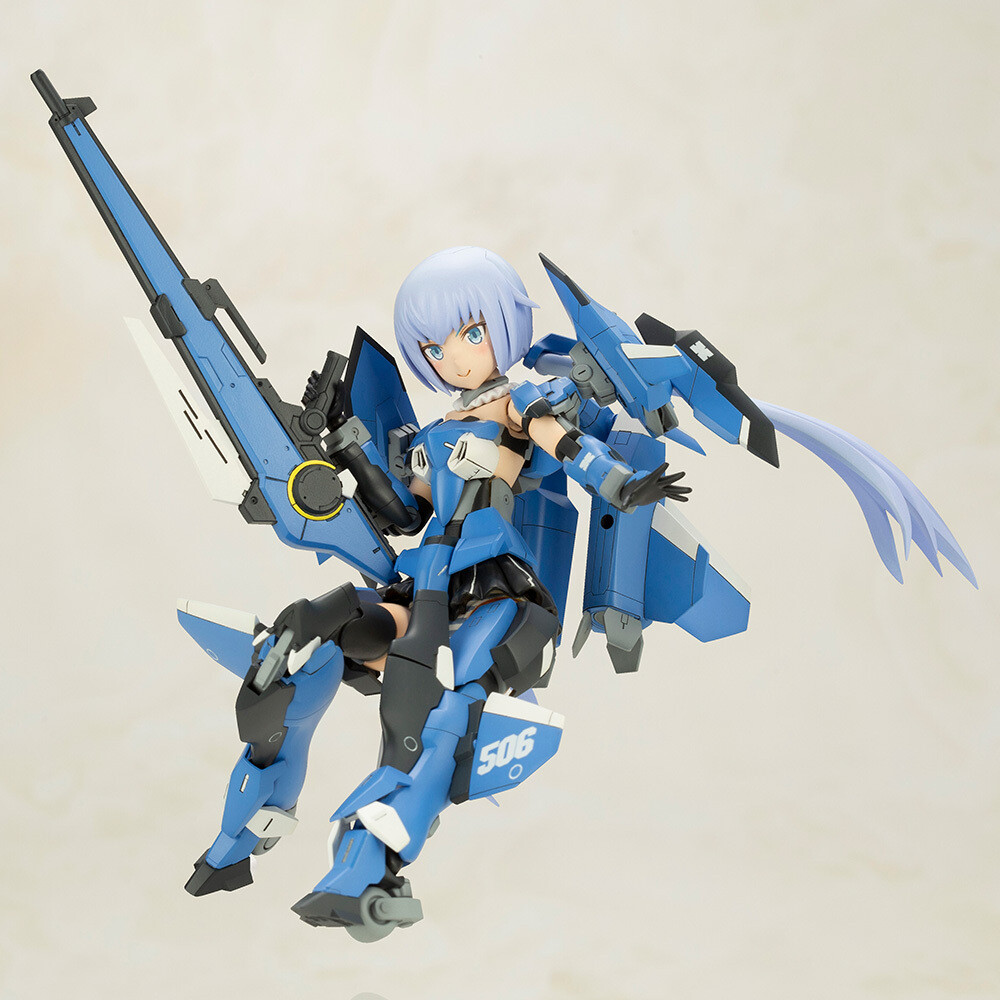 Frame Arms Girl is a unique spin-off series that redesigns the robots of the original Frame Arms line as beautiful girls! The latest addition to the line is a variation kit of Stylet XF-3 with additional parts included.

This model is brought to life based on Takayuki Yanase's mech design and Humikane Shimada's character design.

What is Frame Arms Girl?

Frame Arms Girl is a spin-off series of Kotobukiya's original Mecha series "Frame Arms" that shows all the Mechas as adorable girls.

The color-coded color scheme and face parts printed via tampography allow the model to be assembled with no painting required.

*Please be aware that some product images may contain separately sold products as customization examples.