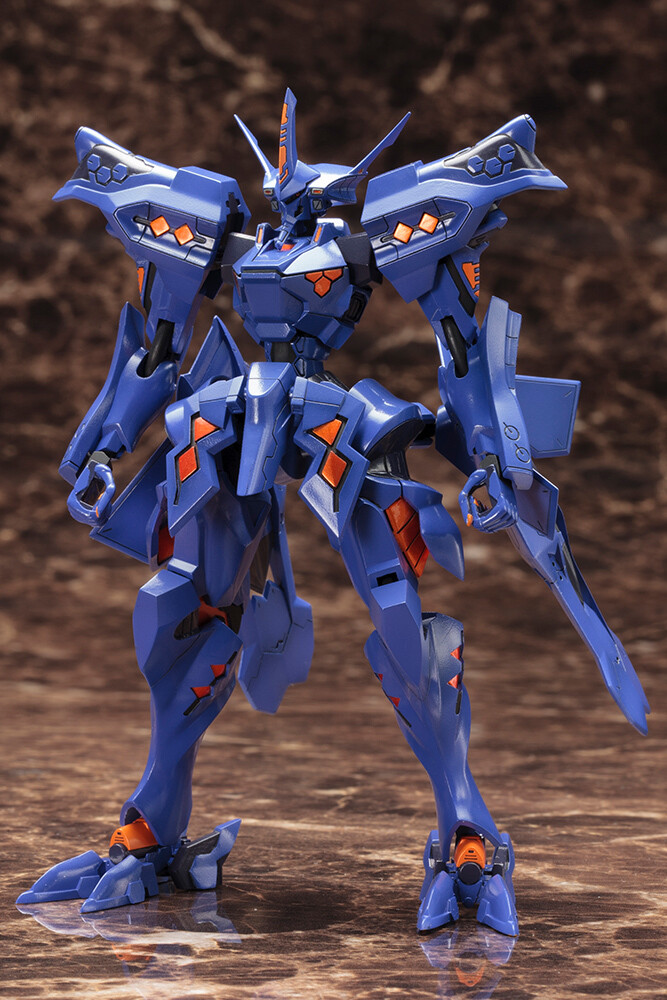 From Muv-Luv UNLIMITED The Day After, the blue TAKEMIKADUCHI TYPE-00R for the exclusive use of members of the 5 Regent Houses joins Kotobukiya's plastic model kit lineup in 1/144 scale!

This overwhelmingly imposing figure of the 16th Guard Battalion that participated in Operation 21st is now available.

A newly sculpted EML-99X Electromagnetic Induction Launcher is also included, which can be equipped onto other Shiranui units of the same scale.