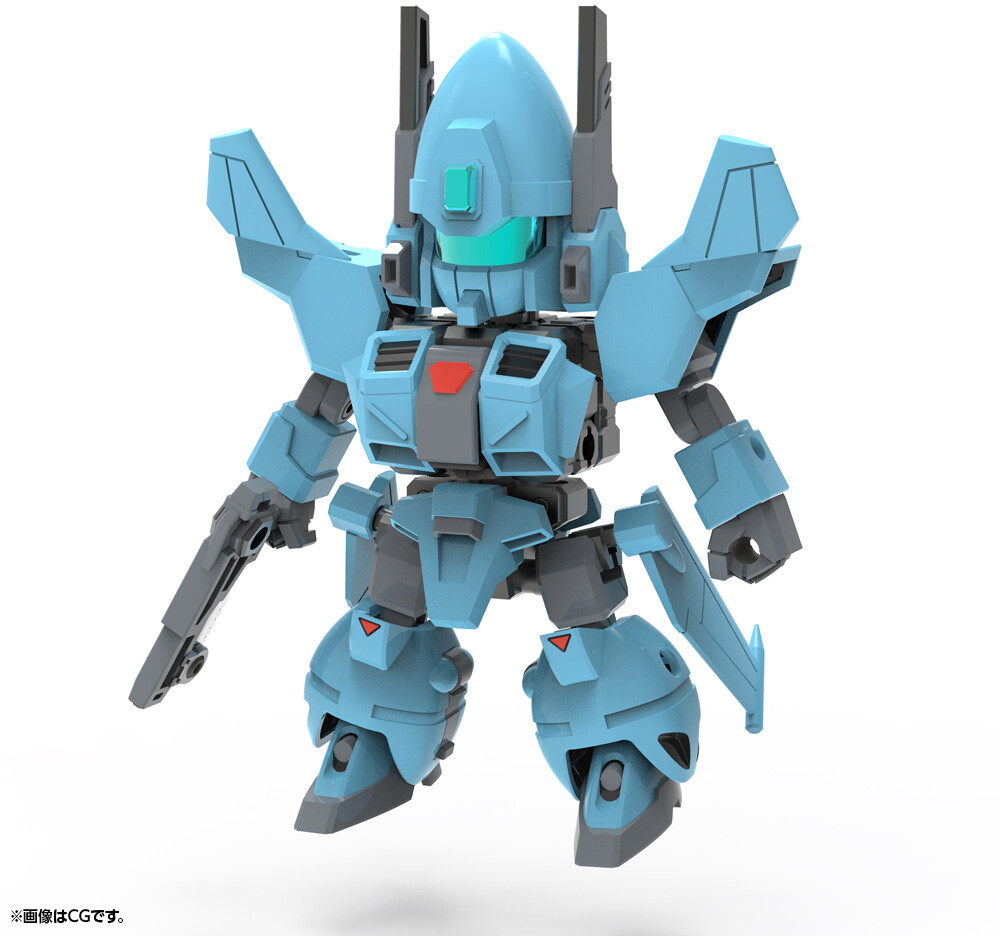 The latest addition to this series of plastic model kits featuring cool and cute chibi robots by mechanical designer Kunio Okawara has arrived! The instructions for this series include a comic drawn by Koichi Tokita. This mass-produced ""M-JET-N"" equipped with new-style face parts and highly stable main wings transforms from a chibi robot to a fighter jet with no interchangeable parts required.