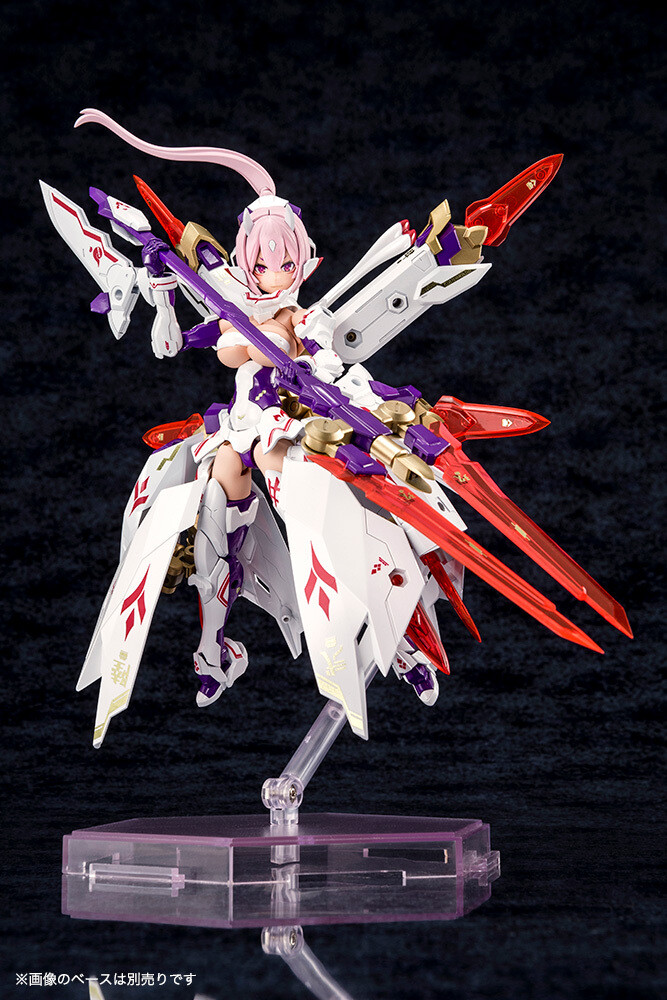 ASRA NINE-TAILS is the latest entry in the Megami Device series, which masterfully combines beautiful girls and mechs.

Megami Device is a series of plastic model kits that allow you to assemble your own fully poseable model and equip her with weapons and armor.

This model is not just only ASRA NINJA with newly designed parts, but also features multiple customization capabilities with M.S.G.

Megami Device models utilize a main body known as a "machinika" designed by Masaki Apsy. And the design for this model was handled by Nidy-2D-!