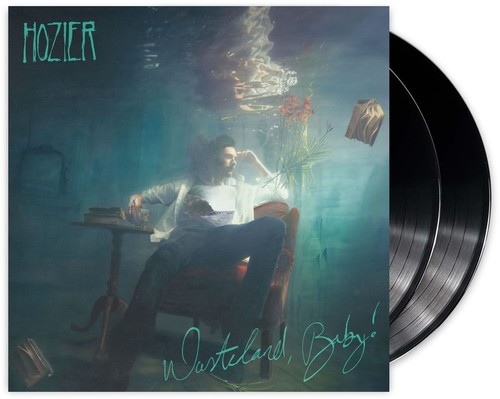 Wasteland, Baby! is the highly anticipated sophomore album singer-songwriter Hozier. The 14 track album was preceded by the September, 2018 release of Hozier's 4-track EP, Nina Cried Power. The track Nina Cried Power' is also included on Wasteland, Baby! and features vocals from multi-Grammy Award-winning artist and performer Mavis Staples and instrumentation by renowned Grammy Lifetime Achievement Award recipient Booker T. Jones. The track was highlighted as one of Barack Obama's favorite songs of 2018. The album also includes the singles 'Movement' and 'Almost (Sweet Music).' Wasteland, Baby! is the follow up LP to Hozier's 2014 critically acclaimed self-titled debut album. With a phenomenal reception by critics worldwide, the album was also a commercial success, reaching Top 10 chart positions in Ireland, UK, United States, Canada, Australia, Denmark, and Greece. The album included this first worldwide hit, 'Take Me To Church,' that a nomination for Song of the Year and the 2015 Grammy Awards.