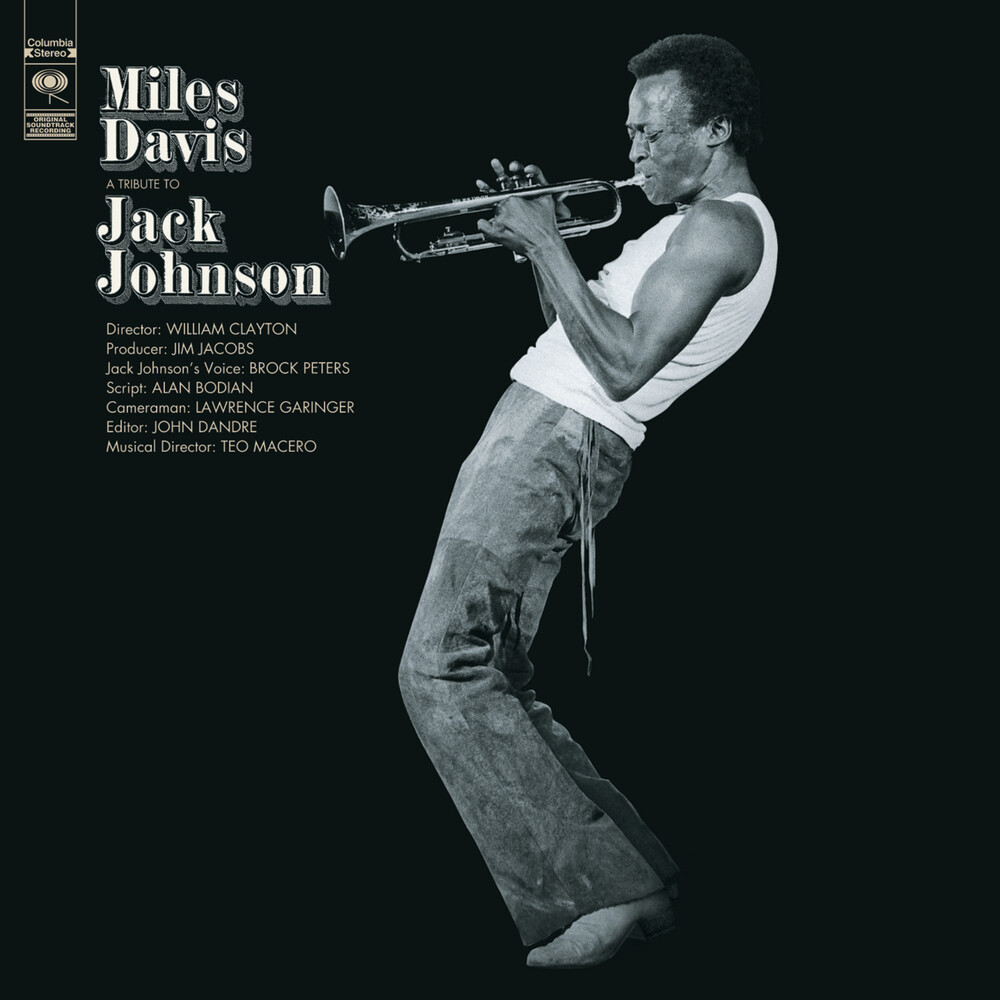 Vinyl LP pressing. A Tribute to Jack Johnson is a studio album and soundtrack by jazz trumpeter, composer, and bandleader Miles Davis. It was released on February 24, 1971. The album was conceived by Davis for Bill Cayton's documentary of the same name, on the life of boxer Jack Johnson. It's two 25-minute-plus tracks were produced from recordings made on February 18 and April 7, 1970, at 30th Street Studio in New York City. Davis was inspired by the political and racial subtext of Johnson's saga as well as the hard rock and funk sounds of his own era, leading a rock-inspired line-up of musicians in the studio: guitarists John McLaughlin and Sonny Sharrock, keyboardists Herbie Hancock and Chick Corea, clarinetist Bennie Maupin, and drummers Jack DeJohnette and Billy Cobham.