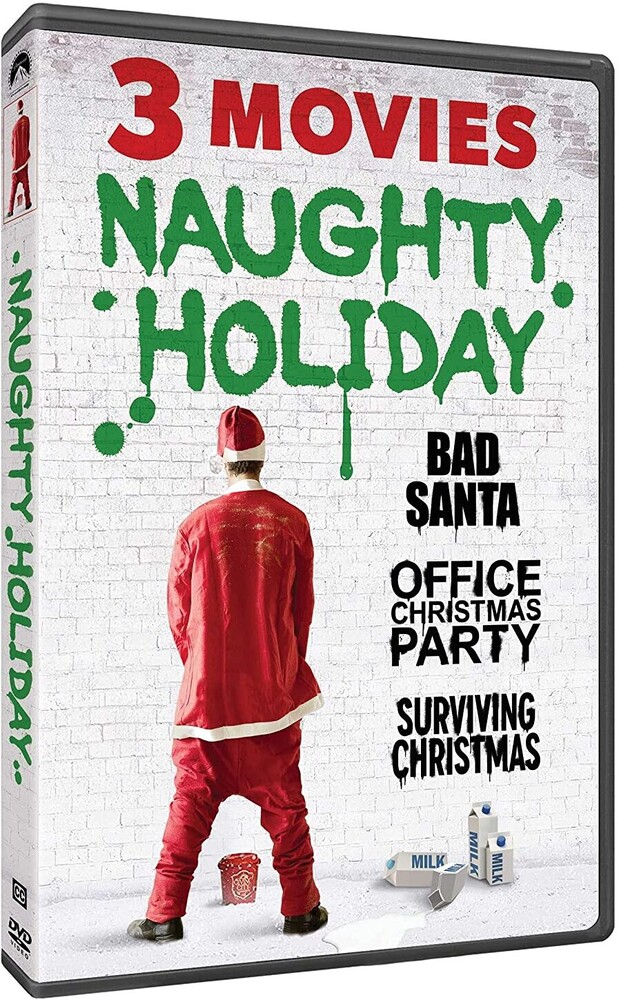 Three-disc set includes: Bad Santa (2003)Yuletide-themed dark comedy stars Billy Bob Thornton as Willie, a low-life con man who, along with pint-sized partner Marcus (Tony Cox) as his trusted "elf," poses as a mall Santa in order to rob the stores. But when a lonely little boy latches onto Willie, the crooked Kris Kringle finds that the "Christmas spirit" may put a crimp in his holiday heists. With Bernie Mac, Lauren Graham, Brett Kelly, and, in his final role, John Ritter. 91 min. C/Rtg: R Surviving Christmas (2004)Staring down the barrel of a lonely holiday season, wealthy exec Drew Latham (Ben Affleck) tries to get in the spirit by returning to his childhood home and paying the current residents (James Gandolfini, Catherine O'Hara) to allow him to spend Christmas there and to pretend to be his parents. The couple agrees, but the real trouble starts when Drew's new "sister" (Christina Applegate) shows up and isn't willing to play along. Yuletide comedy co-stars Josh Zuckerman, Stephen Root. 91 min. C/Rtg: PG-13 Office Christmas Party (2016)Informed by his iron-handed CEO sister Carol Vanstone (Jennifer Aniston) that his branch is about to be closed, manager Clay (T.J. Miller) is given one chance to save his job and those of his valued employees. The plan? Throw the most outrageous, over-the-top, booze-soaked, bad-decision-inducing holiday party the corporate world has ever seen in the hopes it will win over a would-be new client (Courtney B. Vance). Jason Bateman, Kate McKinnon, Olivia Munn also star in this wild Christmas comedy. 105 min. C/Rtg: R Widescreen; Soundtrack: English; Subtitles: English; featurettes; deleted scenes.