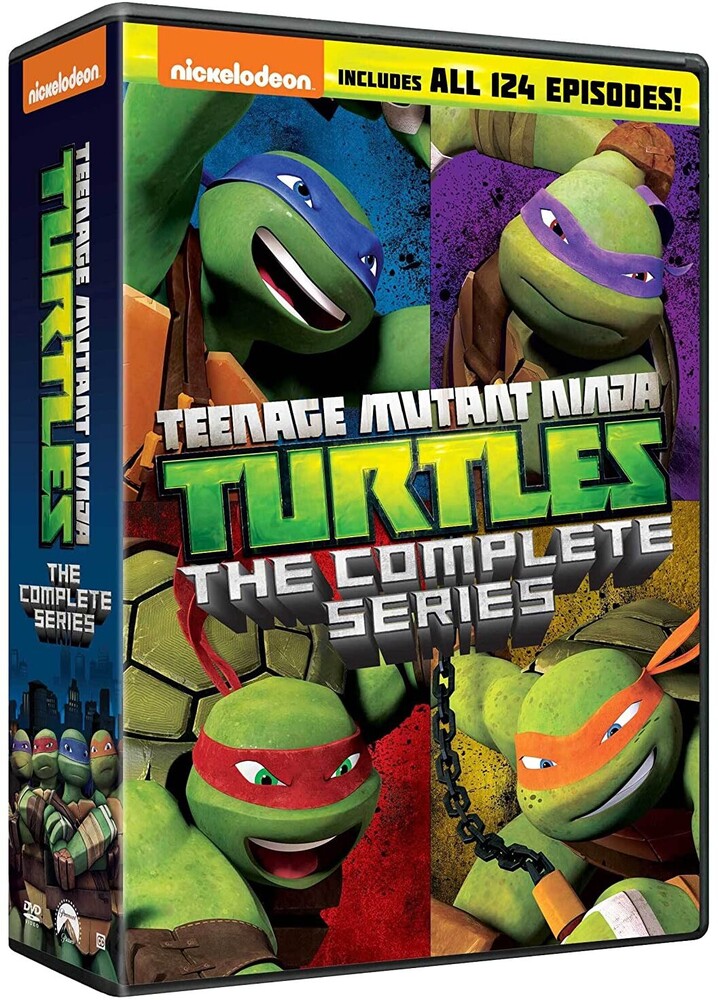 Turtle power is back! Join Leonardo, Raphael, Donatello, and Michaelangelo-those four teenaged "heroes in a half-shell"-as they surface from the sewers of Manhattan to battle an evil race of beings known as the Kraang. In this new, computer-animated iteration of the legendary comics characters, fan favorites such as April O'Neil, Splinter, and the evil Shredder are also on hand for brand-new adventures. With voices by Sean Astin, Rob Paulsen, Greg Cipes, Seth Green, Mae Whitman.124 episodes on 20 discs. 47 hrs. Widescreen; Soundtrack: English Dolby Digital 5.1.