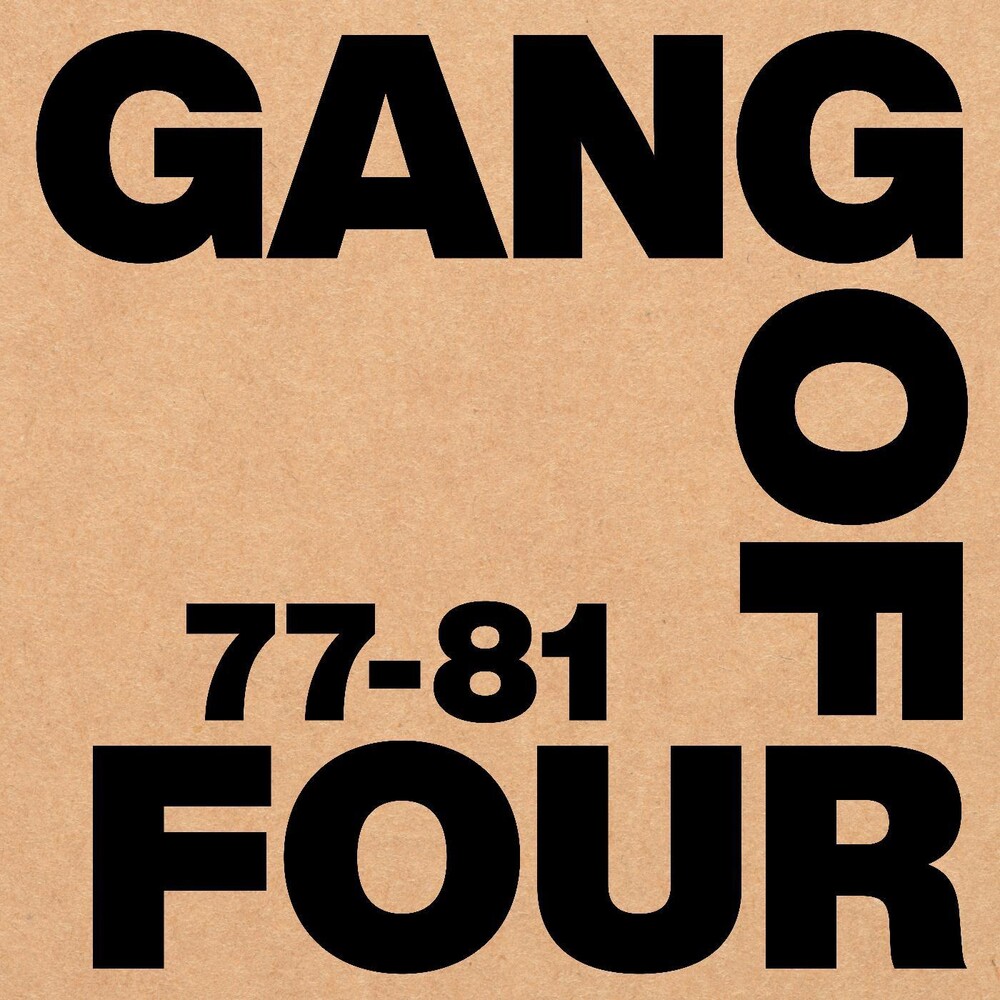 On December 11th, Matador Records will release GANG OF FOUR: 77-81, a stunning, limited edition box set gathering their hugely influential early work. The box set contains remastered editions of Entertainment! and Solid Gold , an exclusive Singles LP, and an exclusive double LP of the never officially released Live at American Indian Center 1980. Additionally, the package includes a C90 cassette tape compiling 26 never-before-issued outtakes, rarities and studio demos from Entertainment! and Solid Gold . The box also includes an epic 100 page, full-color handbound book detailing the history and legacy of the original Gang Of Four with never before seen photos, contributions from surviving original band members, rare posters, ephemera, flyers, essays, artwork, liner notes and more. It also marks the first official publication of their lyrics. Gang of Four was formed in 1976 by bassist Dave Allen, drummer Hugo Burnham, guitarist Andy Gill, and singer Jon King. The band pioneered a style of music that inverted punk’s blunt and explosive energies — favoring tense rhythms, percussive guitars, and lyrics that traded in Marxist theory and situationism. Even now, 45 years after the birth of the band, Gang of Four’s music has endured as a formative influence, not only to subsequent generations of musicians, but also activists, writers, and visual artists.

• BOOK INCLUDES THE FIRST OFFICIAL PUBLICATION OF THEIR LYRICS

“As a kid, I stumbled upon a copy of Gang of Four’s Entertainment! accidentally and it went on to become one of the most influential records of my life as a producer, lyricist and fan of music in general. Their sparse, unorthodox, riff heavy guitars and nasty, funky, in-the-pocket rhythm section drew me in, but it was their questioning of the world that kept me listening as I grew. I consider them a seminal band, whose influence and effect permeates the music world in a deeper way than many realize. Thank you, Gang of Four, for existing.” - EL-P (Run The Jewels)