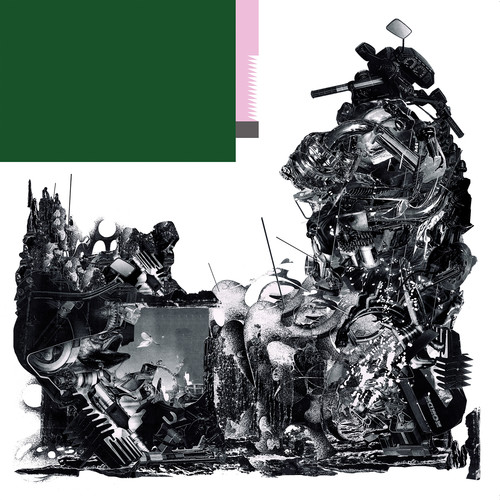 Enigmatic London-based black midi bring you their debut album Schlagenheim via Rough Trade Records. Since forming just over a year ago, black midi -- Geordie Greep (vocals/guitar), Cameron Picton(bass/vocals), Matt Kelvin (guitar/vocals) and Morgan Simpson (drums) -- have quickly cemented their reputation as one of the hottest new underground bands, following a string of sold-out UK live dates and surprise shows punctuated by constantly shifting sets and blistering musicianship. They bonded over shared musical enthusiasms, or “liking messed up things” as Kelvin puts it, including an appreciation for rapper Danny Brown, Death Grips, Deerhoof, Miles Davis and Talking Heads, who they like so much they called a song... Talking Heads. Greep says that “we’ve always tried to make it heavy but danceable, melodic but good rhythms. It is accessible music, there are experimental aspects that we’ve taken from when we went crazy at the beginning, we’ve just reigned it in to make something that is pop music.” These new tracks were recorded in an initial burst with Speedy Wundergrund producer Dan Carey. In November, black midi retouched older recordings, and laid down eight songs in just five days. Drawing comparisons to groups like Shellac, Can, This Heat, & Slint, that’s only half the story to this deeply uncategorizable music. These songs are slippery creatures, the sparks from a musical unit that’s constantly in a state of flux and development. Recently, the band played their first North American live shows, were named a standout act at SXSW and sold out several dates in the Northeast, including their first two shows in New York. black midi will return stateside this July for Pitchfork Fest and more touring.