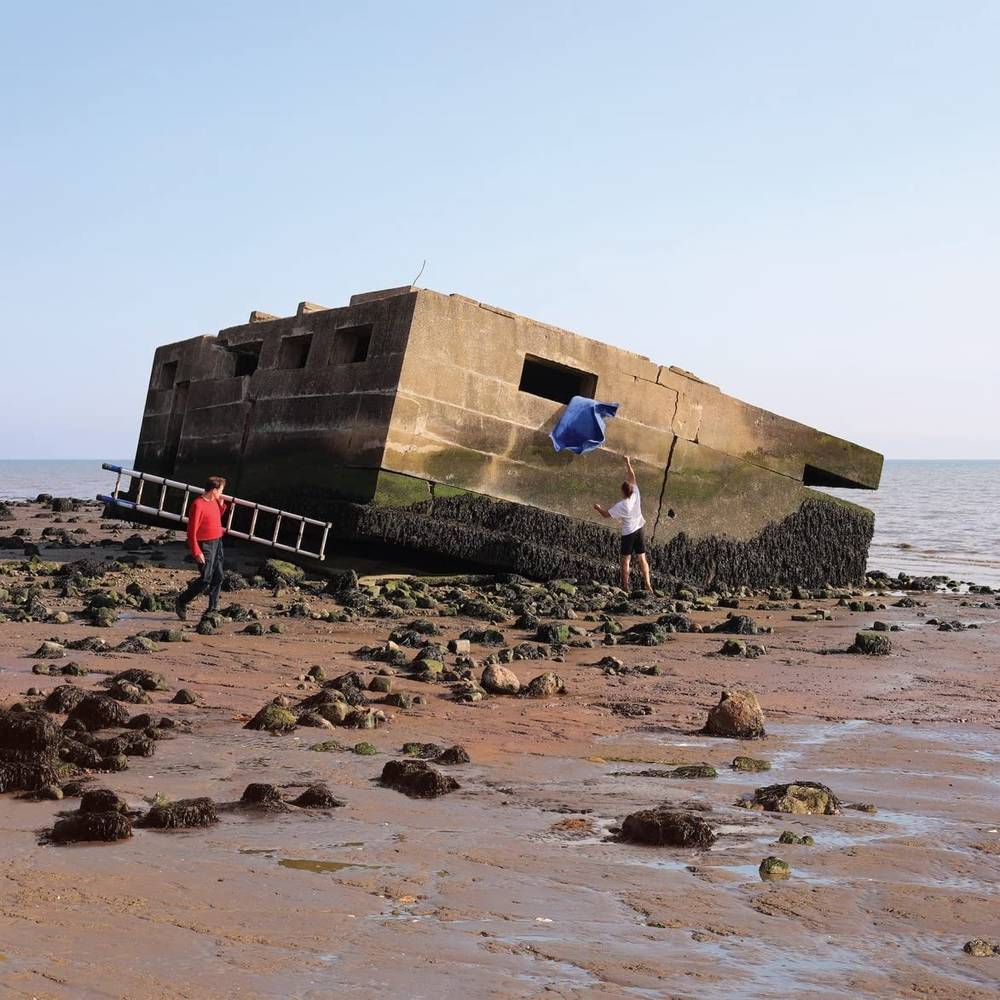 UK eight-piece caroline's eponymous debut album often cascades with force like an avalanche, squalling and rumbling on the edge of all-out collapse. At other points they slip back into impossibly fragile moments of quiet - a simple bassline or a rattle of snare the only sound amid a dark sea of silence. caroline know exactly the right balance between restraint and release. These songs are expansive and emotive pieces, their rich palette drawing on a mixture of choral singing, Midwestern emo and O'Malley and

"Sometimes things sound much better when there's empty space," says Llewellyn. "Sometimes you might populate [a song] with too many things and forget that an element on its own is enough." Elsewhere on the record the band have employed a collage-like technique, combining snippets of lo-fi recordings from a myriad of different locations - a barn in France, the members' bedrooms and living rooms, the atmospheric swimming pool in which they also filmed sublime live sessions for `Dark blue' and `Skydiving onto

The growth that began as a scrappy guitar band above a pub many years ago is still continuing. caroline's astounding debut album is merely the first step.