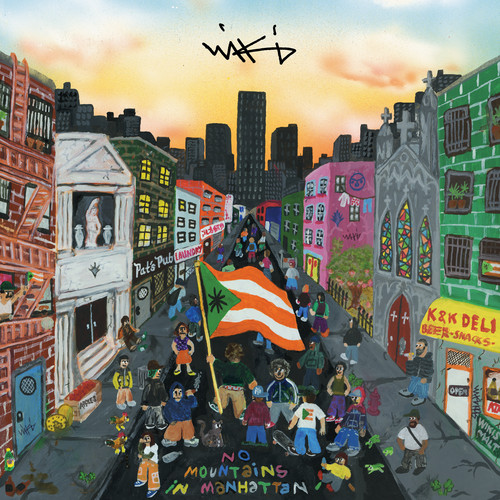 Wiki’s anticipated debut album, following his lauded membership in Ratking, sees him pushing himself into the spotlight as the voice of a new generation of New York City hip hop. Arriving December 8th, No Mountains In Manhattan has been proclaimed one of the best rap albums of 2017 with continuing praise and coverage from The New Yorker, New York Times, The Fader, Pitchfork, SPIN, XXL and many more. This release sees Wiki adding two bonus tracks, neither of which appear on the digital release. No Mountains in Manhattan is a journey through the trials and tribulations of a coming to age experience in New York’s most populated borough. Entirely crafted in XL’s New York City studio, the album is New York to the core - featuring local emcees, from legend to novice. While Wiki’s 2015 mixtape, Lil Me, was a snap- shot into the youthful energy of an artist on the brink of adulthood, No Mountains in Manhattan finds the now 23-year-old artist facing his demons head on as he tackles topics such as addiction, relationships, identity, and responsibility. No Mountains in Manhattan is an introspective narrative of Wiki’s life over the past year - a journey of peaks and valleys, of loss and gain, with a conclusion of understanding. The album’s track list features fellow New York natives, both legend and novice, including Ghostface Killah, Lakutis, ACAB, Slicky Boy, Your Old Droog and more. Production credits include Ratking’s Sporting Life, Tony Seltzer, Kaytranada, Earl Sweatshirt, and Wiki himself. “Wiki just delivered one of the best rap albums of 2017” - DJ Booth “it’s not very often that a true New York poet comes around…Wiki is one of those.” - The Fader “His love letter to the city, No Mountains In Manhattan is the most New York-ass sounding rap record all year.” - Pigeons and Planes