Jungle - For Ever | RECORD STORE DAY 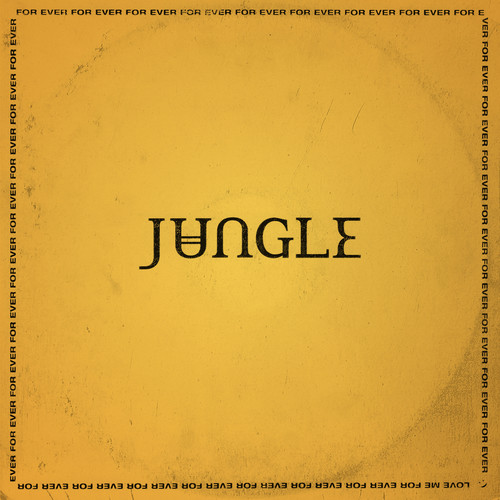 Towards the end of 2013 Jungle burst onto the scene with their first two singles: “The Heat” and “Platoon.” Appearing out of nowhere and propelled by feverish word of mouth online and IRL, Jungle would transform over the next few years from an anonymous production duo to a kaleidoscopic, personality-filled seven piece live band built around the core duo of Josh Lloyd-Watson and Tom McFarland, whose debut album (2014’s self-titled Jungle) was one of the year’s defining debut records; one that would end up nominated for the UK’s Mercury Music Prize and go on to sell over half a million copies. Jungle have now returned with their forthcoming second album FOR EVER which was recorded in London and Los Angeles; Josh and Tom describe it as “a post-apocalyptic radio station playing break up songs.” If Jungle’s first album was their imaginary soundtrack to the places they had never been, their new record captures the landscapes they had so often dreamed of. To write and record the new album, J and T swapped Shepherds Bush for the Hollywood Hills. Their romanticization of The California Dream clashed with the reality of living it—although the experience led them back home to London to finish the album, the journey itself ultimately defining the music it produced. Including singles “Happy Man” and “House In LA,” Jungles’ FOR EVER is due out this September. SELLING POINTS Headline touring this fall and in early 2018 Extensive major festival dates this summer and fall 120,000 equivalent album units in the US, 50M streams Full commercial Alt and AAA radio in full swing for first single “Happy Man” Three more band-directed music videos to come pre-release Massive marketing and editorial support confirmed from all digital retailers Global release week events for fans Late night TV in Sept right around release