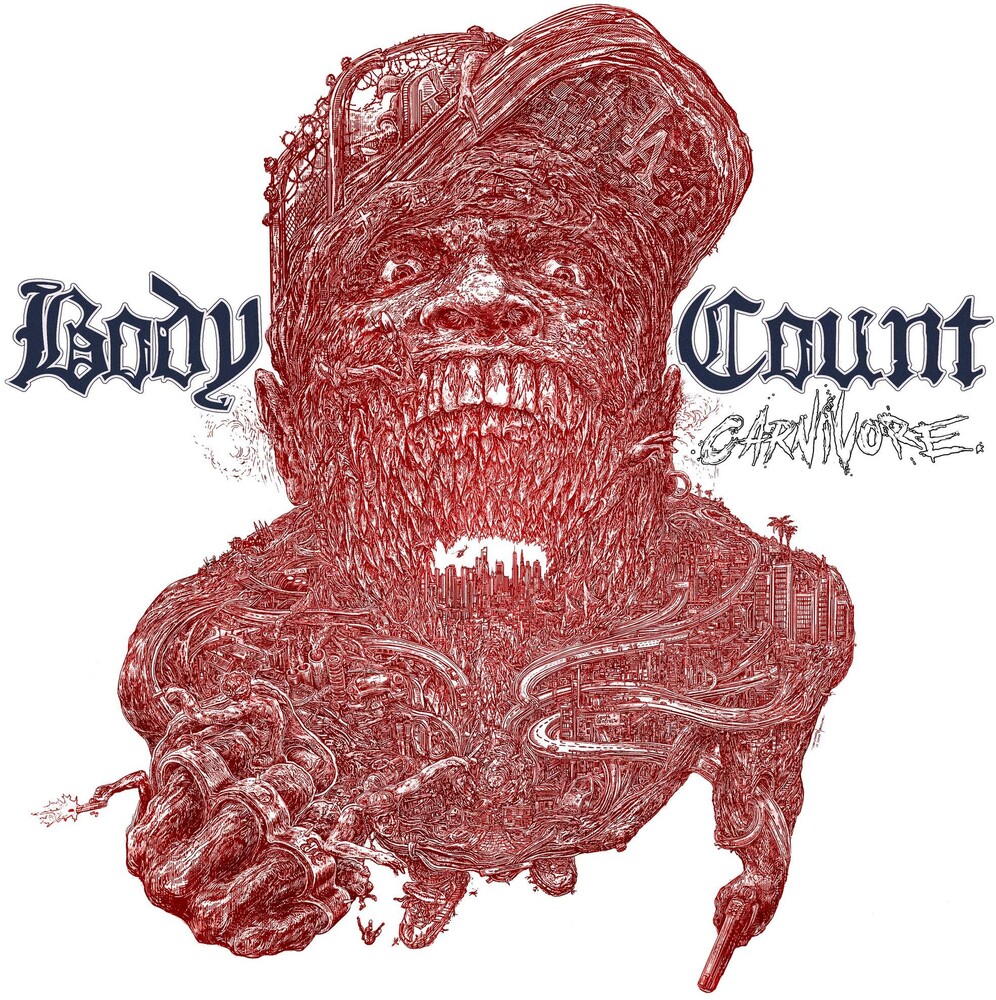 2020 release, the seventh album from the metal band fronted by rapper/actor Ice T. Carnivore is the follow-up to 2017's Bloodlust. Body Count was formed in Los Angeles, California in 1990 by Ice T and lead guitarist Ernie C. out of their interest in heavy metal music. Ice-T took on the role of vocalist and writing the lyrics for most of the group's songs. Lead guitarist Ernie C has been responsible for writing the group's music.