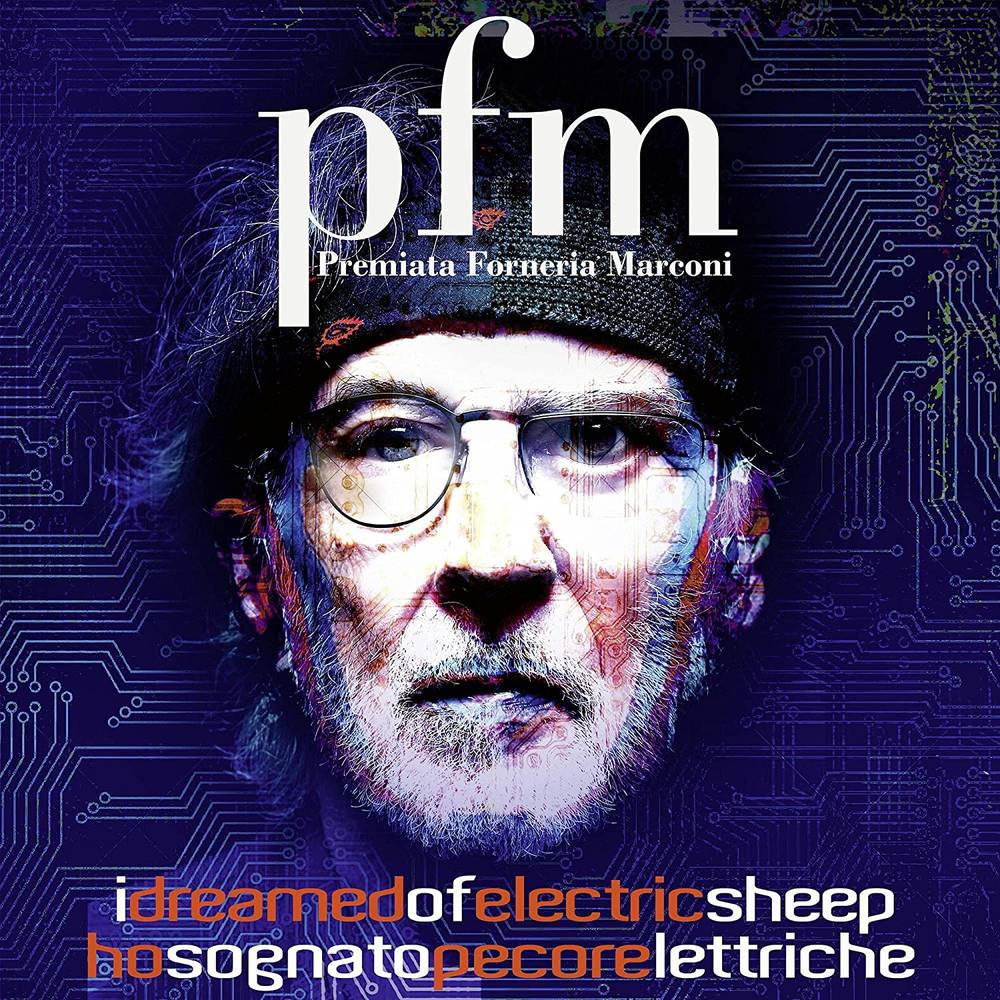 The making of “I Dreamed of Electric Sheep” was heavily influenced by the situation everyone had to face lately. “We were forced to work under very peculiar circumstances, often interrupting our studio activity because of the lockdown”, says Franz Di Cioccio (lead vocals, drums). The whole process took one year spent mostly working at home, sharing ideas and meeting at Patrick Djivas’ (bass, keyboards) home studio, before the band was able to record the album at White Studios in Milan, Italy. Being the rhythm section Cioccio and Djivas make a perfectly working team. “We both have a great passion for SciFi movies. In the past we watched many of them together. In the case of ‘Blade Runner’ we were hit by the question: Do Androids dream of Electric Sheep? - The world has been changing around us. Computers are taking over and Covid has accelerated the process. However, we strongly believe in the power of people to use their imagination and fantasy. To us this is what really makes the difference between human beings and androids.” The band considers themselves being in a similar place when it comes to music that Impressionists were in when it comes to painting: They didn’t paint fixed somatic traits for their figures with their brush strokes while PMF (Premiata Forneria Marconi) do not consider themselves limited to a specific genre. While the album tells multiple stories they are all linked to passion, love and the power of imagination. As a real treat PMF invited a couple of musicians they have been friends with for a long time: Ian Anderson (Jethro Tull) on flute and Steve Hackett (ex-Genesis) on electric guitar. “I Dreamed of Electric Sheep” is simultaneously released in both English and Italian versions, hence the Italian subtitle, “Ho Sognato Pecore Elettriche".