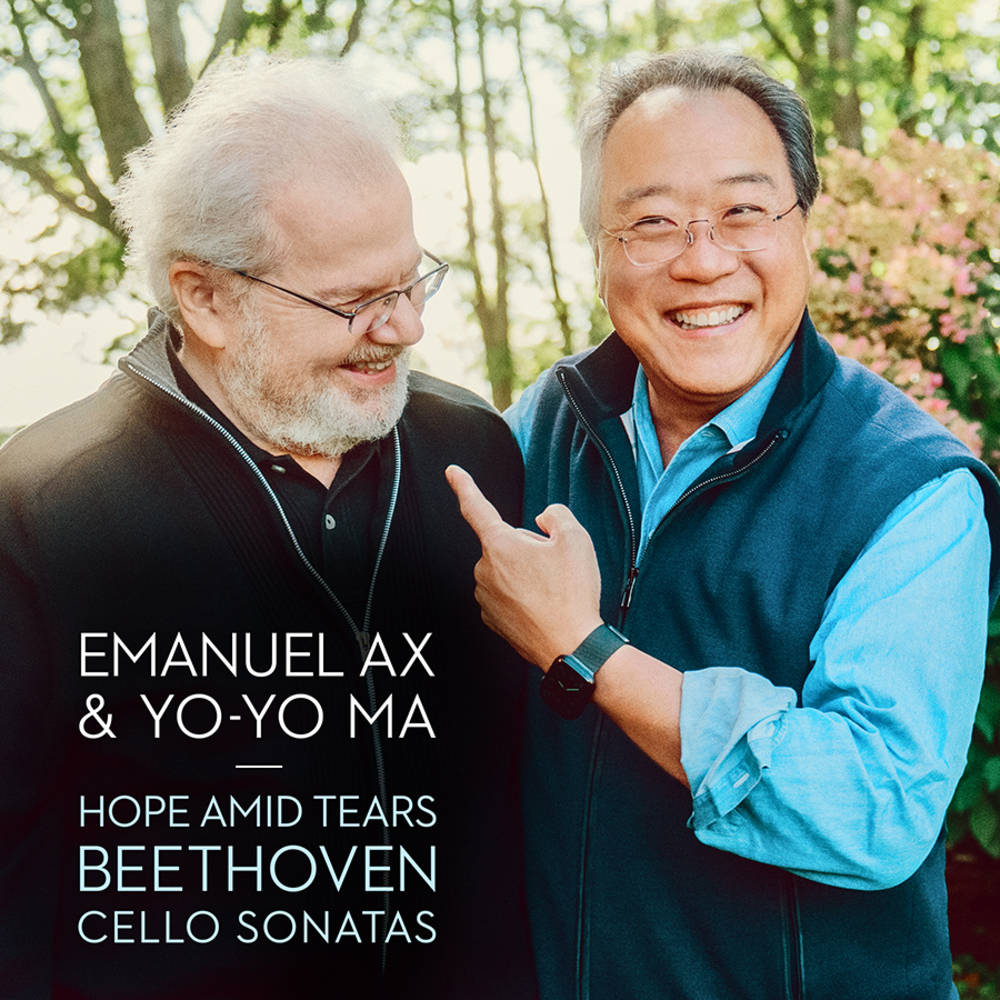 Yo-Yo Ma and long-time friend and musical partner Emanuel Ax reunite for Hope Amid Tears, a new recording of Beethoven’s complete works for cello and piano, on Sony Classical.

“When we look to music to give us hope for the future, to believe that we can survive and to do good, it is invariably to Beethoven’s,” says Ax. “His mastery of musical craft was second to none, of course, but it is his indomitable spirit in the face of personal tragedy that makes him unique. In this period of world-wide unease, grief, and suffering, it is perhaps fitting that we are also celebrating the 250th birthday of the composer who represents what is best in our humanity.”

Ma and Ax have made music together for more than 40 years, recording dozens of albums, earning five Grammy Awards, and performing on stages all over the world. Their friendship is not only rooted in a deep love of music, but also a shared sense of humor and keen perspectives on life’s joys and challenges. Hope Amid Tears is their second recording of the complete Beethoven cello sonatas, after a 1987 effort that earned the duo their second Grammy.