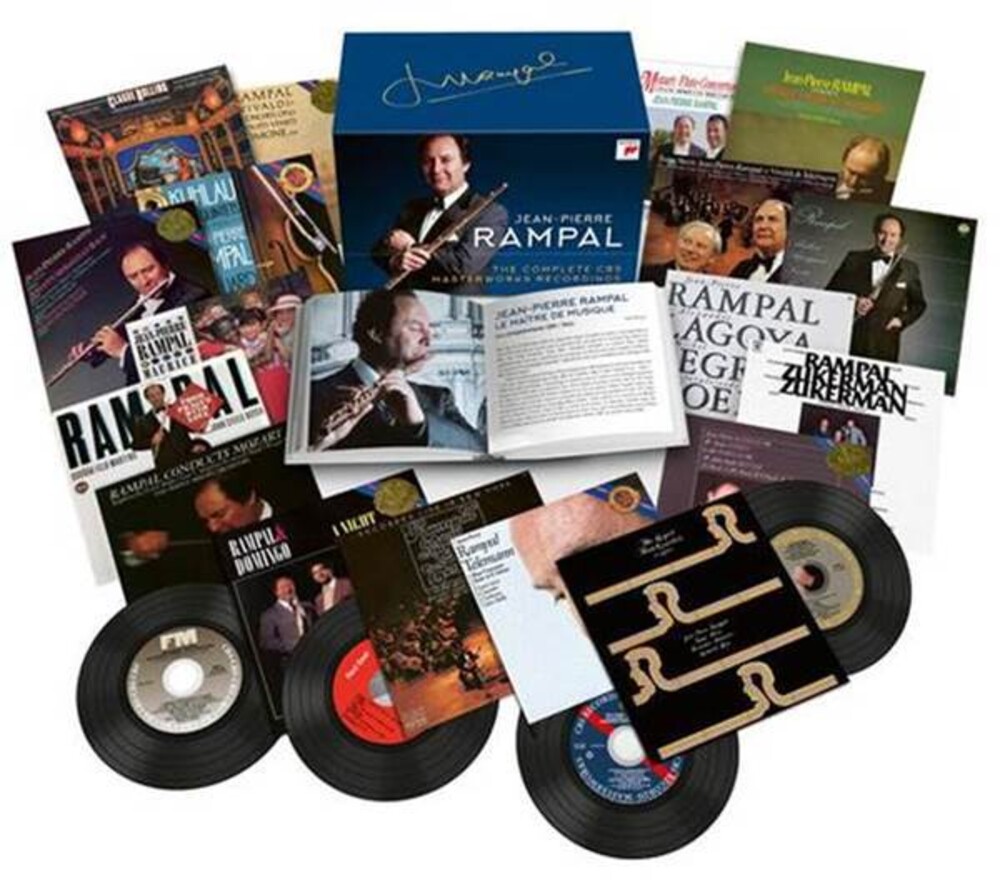 In celebration of flutist Jean-Pierre Rampal's 100th anniversary on January 7, 2022: The first ever release of his complete recordings CBS, RCA and Sony Classical on 56 CDs. Released in collaboration with the Association Jean-Pierre Rampal and it's director Denis Verroust, who contributed a new essay to this set. Founded on June 29, 2005, the Association Jean-Pierre Rampal (AJPR) aims to perpetuate the influence of the art of this exceptional musician, considered throughout the world as the greatest flautist of the modern era and as the one of the most important musical personalities of the 20th century. Thus, in 2006, under the association's own label, entitled Premiers Horizons, the first album reissues of many recordings by Jean-Pierre Rampal were released, including a very large selection of unreleased tracks.