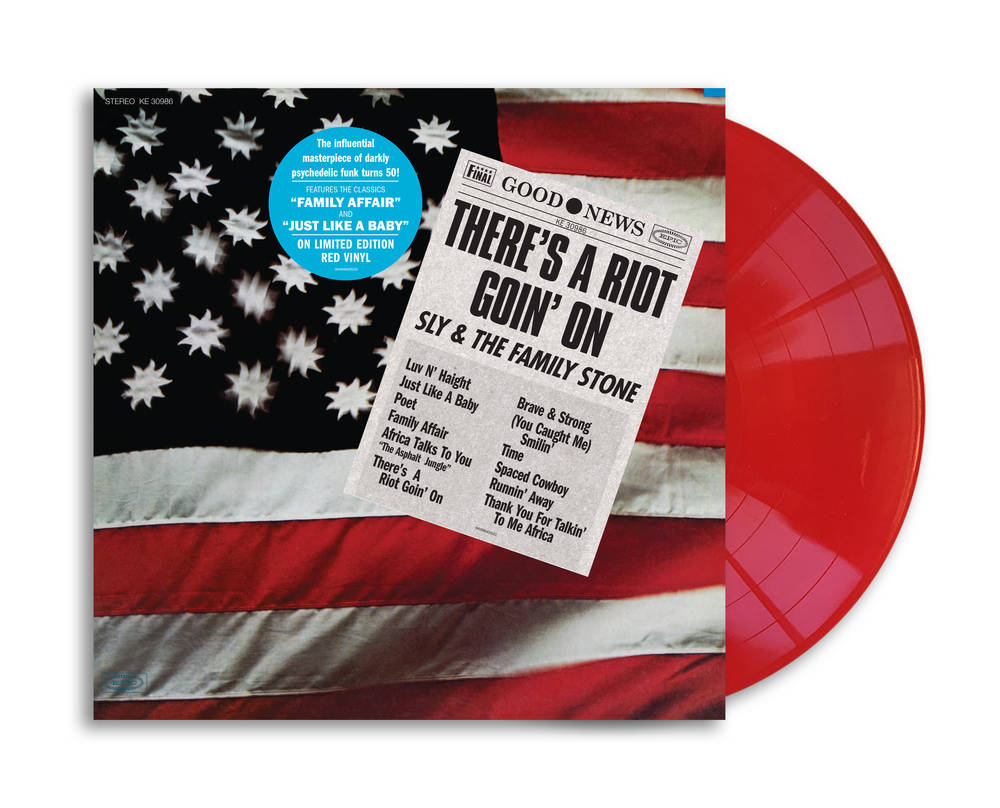 There’s A Riot Goin’ On, Sly And The Family Stone’s influential masterpiece of darkly psychedelic funk turns 50 in 2021 and to celebrate, there will be a new limited edition version on red vinyl. The album marked a shift in the band’s tone, striking a more political and militant vibe while showing Sly Stone’s disillusionment with the promise of the 60s. At the same time, it was also a big commercial success, hitting #1 on the album charts while the single “Family Affair” topped the singles charts. Its influence rang throughout the 70s as all of the funk innovators took their cues from this seminal album, and its songs became a favorite for hip hop artist mining sampling gold decades later. It came in at #81 on Rolling Stone’s  Greatest Albums Of All Time and besides “Family Affair,” the album features the tracks “Just Like A Baby” and “Africa Talks To You (“Asphalt Jungle”).”