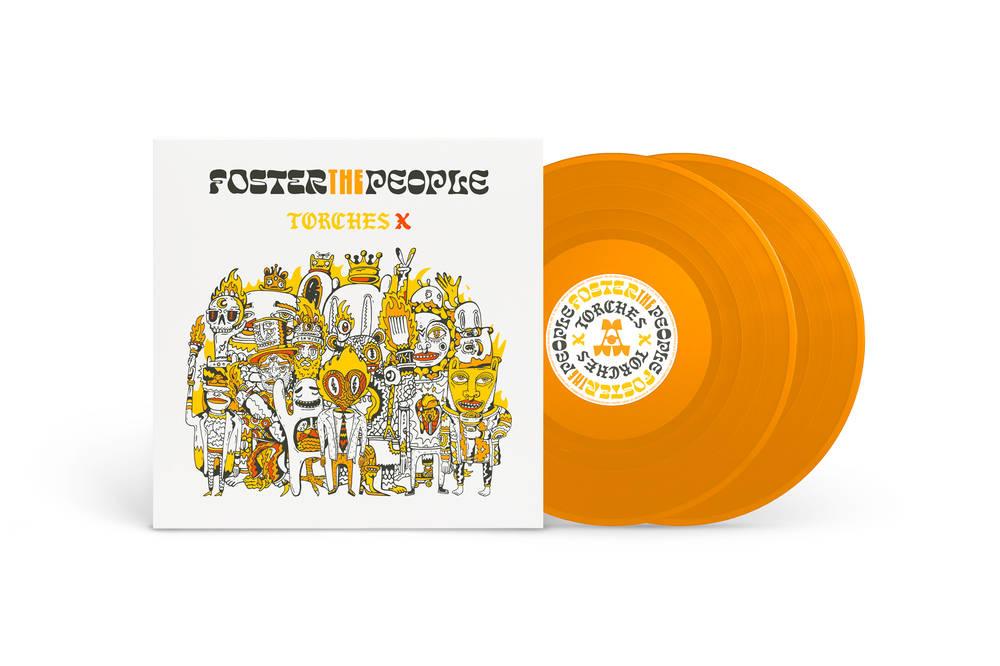 Torches X (Deluxe Edition) celebrates the 10th anniversary of the acclaimed debut album by Foster The People. Including the RIAA Certified Diamond ‘Pumped Up Kicks’ and hits such as “Houdini”, “Helena Beat”, and “Don’t Stop (Color on the Walls)”. Exclusively for this deluxe edition, Gus Dapperton recorded a brand new version of “Pumped Up Kicks”. Torches X (Deluxe Edition) also features some fan favorites B-sides such as “Broken Jaw” and “Chin Music for the Unsuspecting Hero”. Produced by Paul Epworth, Rich Costey, and Greg Kurstin, Torches is one of the most remarkable alternative albums of the 2010s. Now available for the first time in a vinyl deluxe edition on 2 Orange LP’s in a gatefold jacket with Lyric insert.