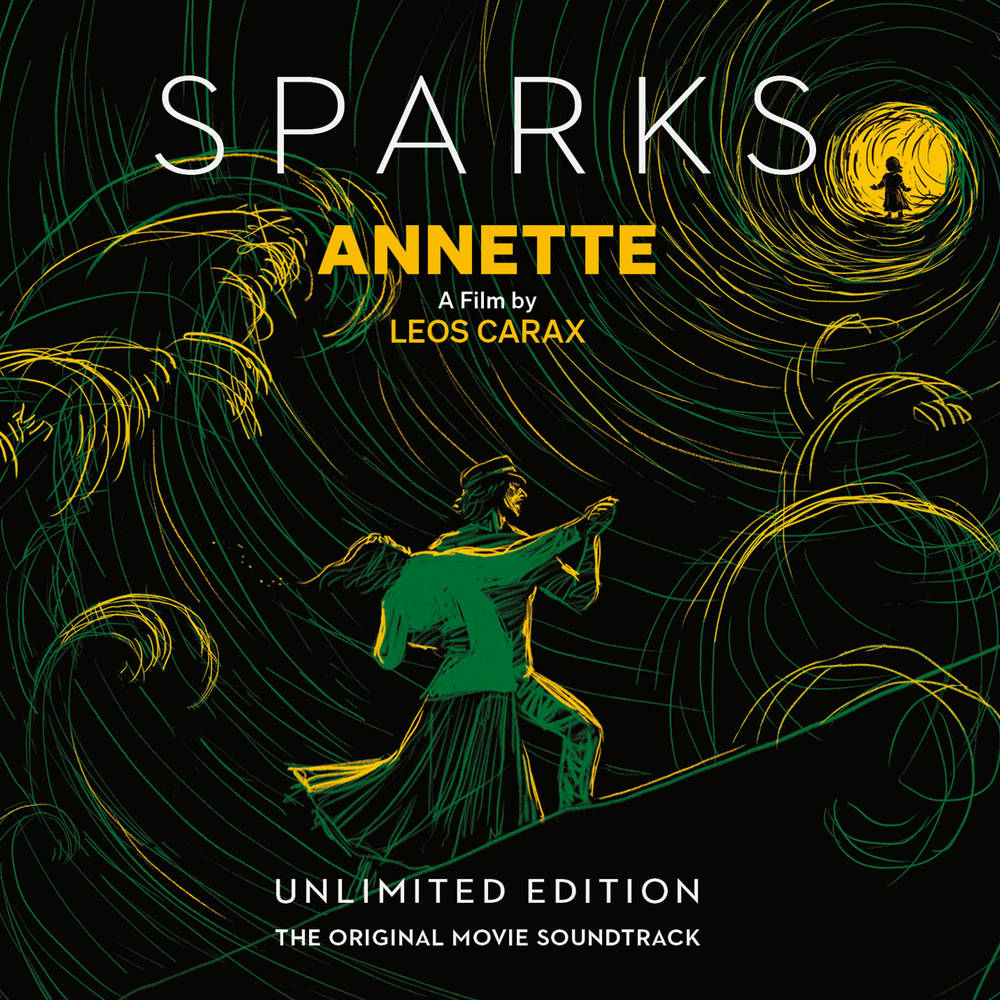 Sony Masterworks and Milan Records present the full and complete version of ANNETTE, LEOS CARAX’s new movie, based on an original idea and music by SPARKS.

Great success of the 74th edition of the Cannes Festival, the film won best soundtrack and best director awards.

Based on an original story and music by Ron and Russell Mael, the brothers behind the flamboyant band SPARKS, ANNETTE began life as an (unreleased) album but was transformed into a musical after they met Leos Carax. Having successfully maintained a five-decade-long career as one of the world’s most innovative and creative bands, it comes as no surprise that their collaboration with the visionary French director has resulted in a unique piece of film-making.

The original soundtrack to ANNETTE, with lyrics co-written by SPARKS and LEOS CARAX and music composed and performed by SPARKS, features vocals from the stars of the film: Adam Driver (Henry), Marion Cotillard (Ann) and Simon Helberg (The Conductor). Produced by Sparks and entirely supervised by Leos Carax himself, the soundtrack unveils itself in its new UNLIMITED EDITION : a version that includes all the music of the film in a magnificent double CD containing no less than 63 tracks (!) including 6 demos and unreleased tracks used during the conception of the film as exclusive bonus. A 28-pages booklet containing all the lyrics of the songs perfectly completes this collector version.

Dive inside ANNETTE’s universe and (re)live all the emotion of Leos Carax’s last masterpiece.

About ANNETTE: Present-day Los Angeles. Henry is an outspoken stand-up comedian, Ann a world-famous singer. They’re a happy celebrity couple, living life in the glare of the spotlight, but their world is turned upside-down by the birth of their first child, Annette, a mysterious little girl with an exceptional destiny.