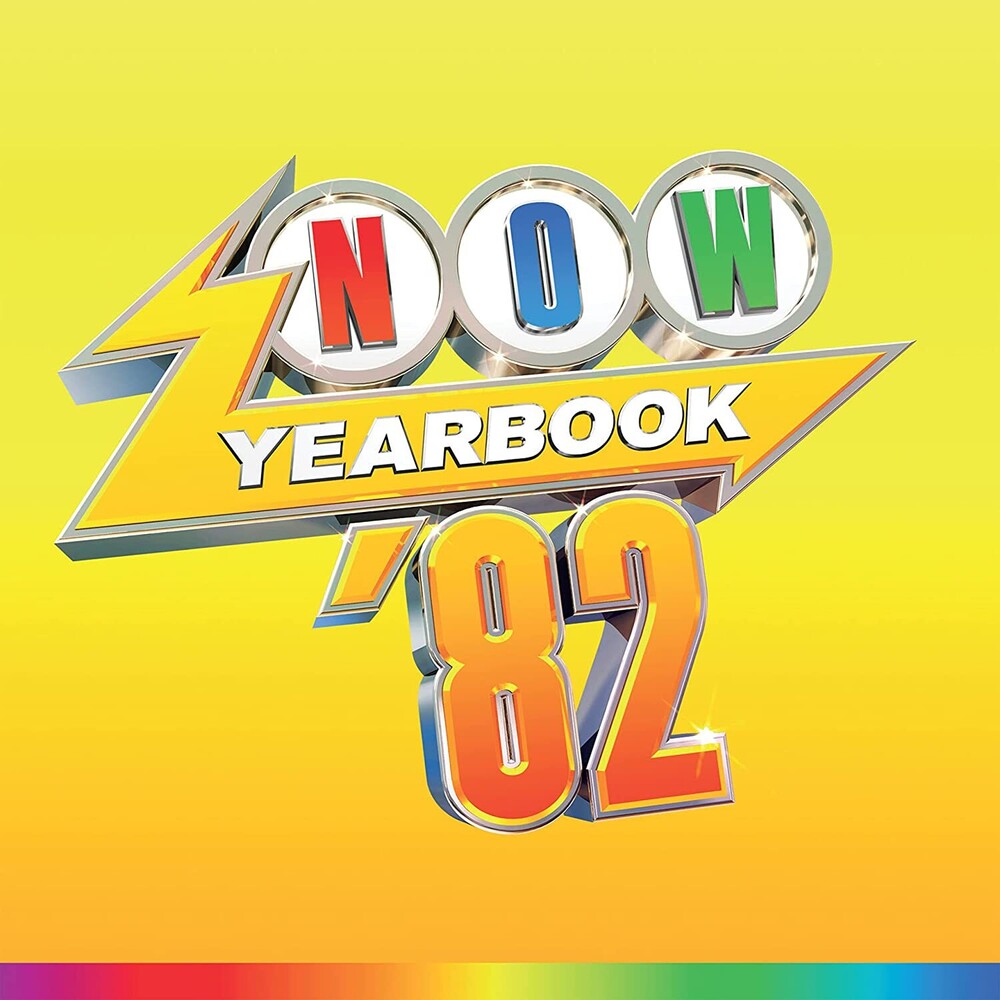 Four CDs. NOW Music is proud to present the newest addition to the Yearbook series: NOW - Yearbook 1982 featuring 84 defining tracks that ruled the charts in 1982. Featuring 16 of the year's #1s, including 'Eye Of The Tiger' (Survivor), 'Ebony And Ivory' (Paul McCartney), 'House Of Fun' (Madness), 'Town Called Malice' (The Jam), 'Pass The Dutchie' (Musical Youth), and 1982's biggest seller 'Come On Eileen' from Dexys Midnight Runners. 1982 saw the first huge hits from a wealth of new artists including Culture Club, Wham! And Tears For Fears, as well as an incredible line-up from artists who had established their chart presence in the prior 18 months and would produce some of the greatest tracks of the decade; Duran Duran, Spandau Ballet, ABC, Haircut 100, Soft Cell, The Human League, and a newly solo Adam Ant. As ABBA released their last singles for nearly 40 years, pure-pop from Bucks Fizz, Dollar, Tight Fit, Modern Romance and Kim Wilde is celebrated alongside synth-pop gems from New Order, Simple Minds, Visage and Japan. Leading artists from the punk scene enjoyed continued and renewed success, including The Stranglers, The Clash and Pretenders, whilst Foreigner, Meat Loaf with Cher, and Steve Miller Band provided radio-favorite rock and power ballads. 1982 saw a huge chart presence for dance music - from the hi-NRG of Boys Town Gang and Sylvester, to the electro-infused beats of Malcolm McLaren, and Rockers Revenge, the 1980's disco of Shalamar, Kool & The Gang and Imagination alongside soul classics from Marvin Gaye, Fat Larry's Band, Donna Summer, and a return to the charts for Dionne Warwick. Plus, stellar ballads from Elton John, Lionel Richie, and Roxy Music.