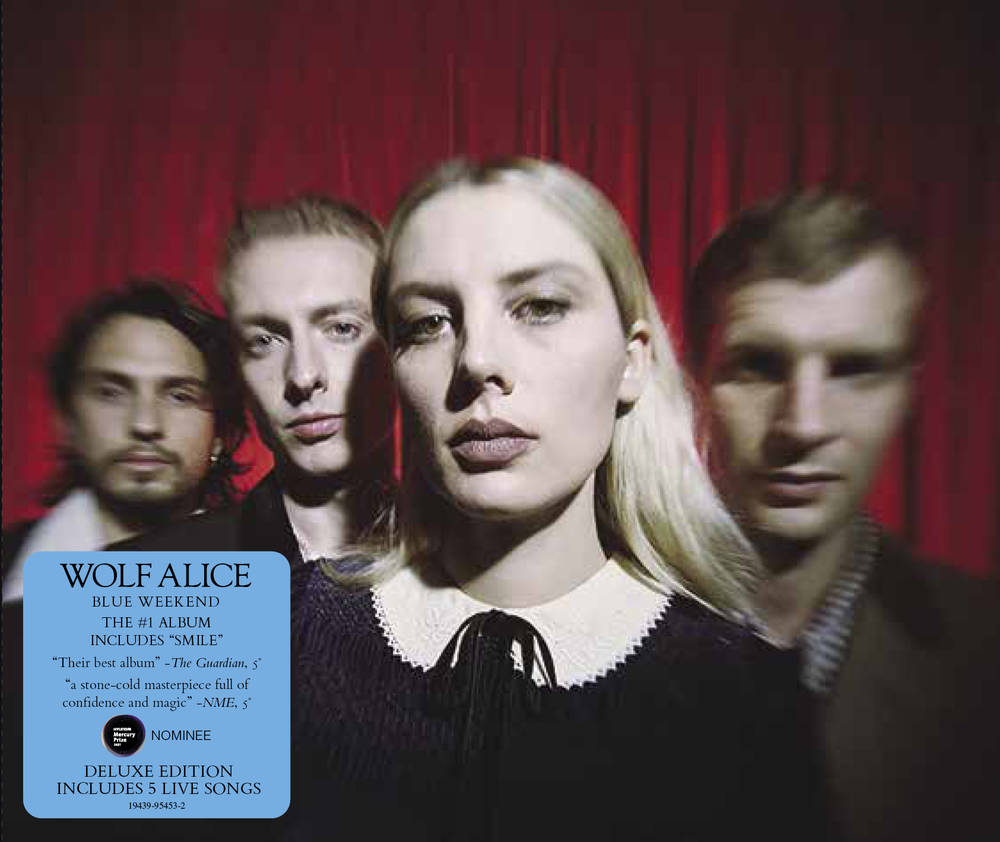 London, England’s Wolf Alice will release the deluxe version of their Mercury Prize-nominated third album, Blue Weekend, on October 29th on RCA/Dirty Hit.  The deluxe version of the record -- which received universal acclaim on both sides of the Atlantic when the original was released this past June -- will feature a cover of the Alex G song “Bobby,” as well as live versions of other album favorites known as “The Pool Sessions.”

Blue Weekend is the follow-up to 2018’s, Mercury-prize winning Visions Of A Life, a record that cemented the bands position as one of the UK’s most exciting bands, debuting at No. 1 there upon its release. Following an avalanche of critical praise and DSP playlisting across the world, Blue Weekend was nominated for the prestigious Mercury Prize, making them one of the only artists to be nominated for every single album they’ve released.

Wolf Alice are Ellie Rowsell (vocals, guitar), Joff Oddie (guitar, vocals), Theo Ellis (bass) and Joel Amey (drums, vocals). It has been a decade since the band began as a duo of Ellie Rowsell and Joff Oddie, then later expanding to a four-piece, with Joel Amey and Theo Ellis joining the group. Since then, the band saw their 2015 debut album My Love Is Cool soar to #2 on the UK charts, their sophomore album Visions Of A Life win the 2018 Hyundai Mercury prize, and a GRAMMY nomination for Best Rock Performance.

The band have graced the stage at various worldwide festivals including the Pyramid Stage at Glastonbury, Coachella, and The Governors Ball NY. They played a massive 187 shows on the Visions Of A Life world tour – including a sold out Alexandra Palace, and two sold out dates at Brixton Academy. TV appearances include The Late Late show with James Cordon. Their most recent album Blue Weekend (produced by Markus Dravs (Arcade Fire, Björk, Brian Eno, Florence + The Machine) sees Wolf Alice embrace a newfound boldness and vulnerability in equal measure.