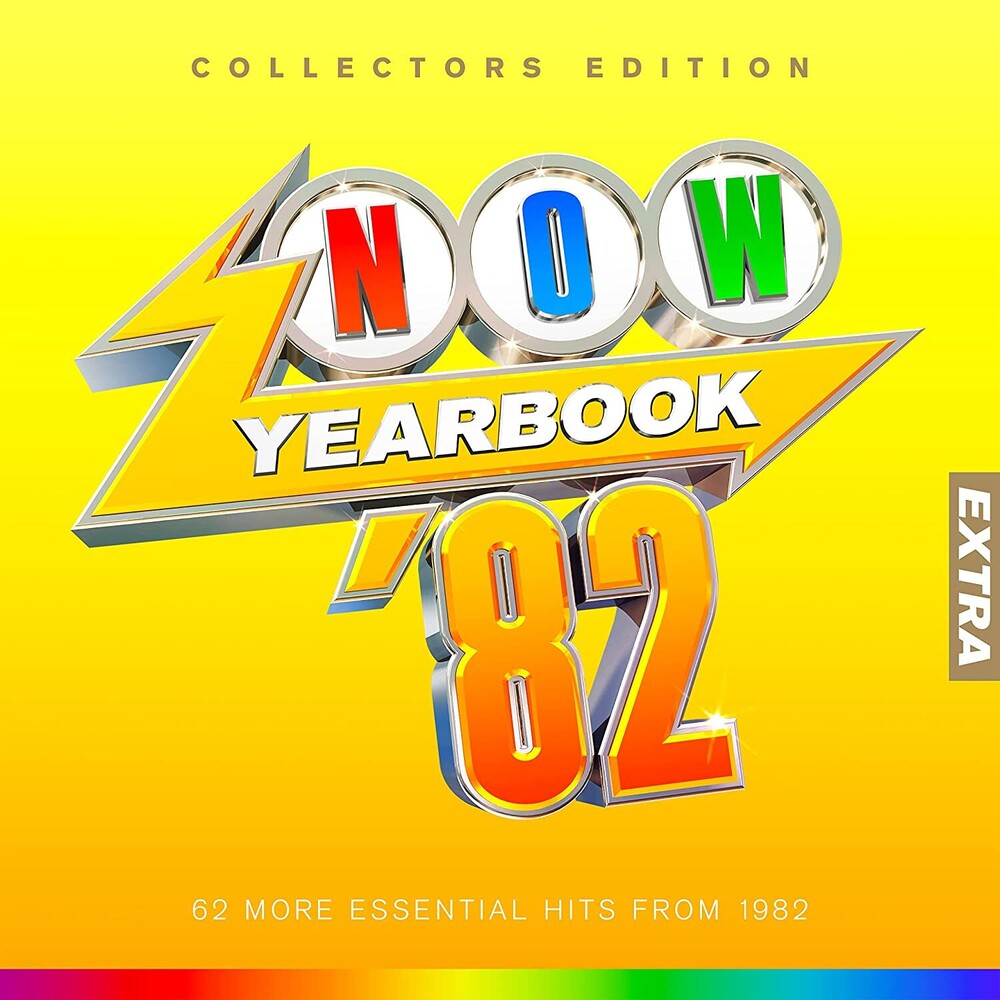 Three CD set. Contains 62 essential tracks that we couldn't fit on Yearbook 1982 including smash hits from The Jam, Soft Cell, Madness, Monsoon, Trio, Simple Minds, Japan, The Stranglers and Dexys Midnight Runners. 1982 saw a huge influx of new synth and pop bands in the charts - with many finding worldwide success complimented by the rise of MTV. Yearbook Extra' gives us the opportunity to revisit hits that have become legendary over the years, and Disc 2 kicks off with the timeless tour-de-force 'And I'm Telling You I'm Not Going' from the musical 'Dreamgirls'. This is followed by huge soul smashes from Hot Chocolate, Kool & The Gang, Shalamar, and the jazz-funk of Shakatak. The second half of the disc revisits some of the aforementioned synth-pop from Talk Talk, A Flock Of Seagulls, Visage, Roxy Music and the first single, 'Being Boiled', from The Human League, re-released in early 1982 after the success of the previous year's 'Dare' and it's 4 singles. Disc 3 brings together some of the biggest names in 1982 new wave with enduring classic singles: The Clash, U2, Echo And The Bunnymen and XTC kick it off, with The Associates, Siouxsie And The Banshees, and The Psychedelic Furs to follow. Charged pop hits from Toyah, Bow Wow Wow, Altered Images, and The Go-Go's with their era-defining 'Our Lips Are Sealed' lead us to power-pop from Pat Benatar, Frida with her solo single 'I Know There's Something Going On', the timeless 'Jack & Diane' from John Mellencamp, and concluding with Electric Light Orchestra's 'Ticket To The Moon'.