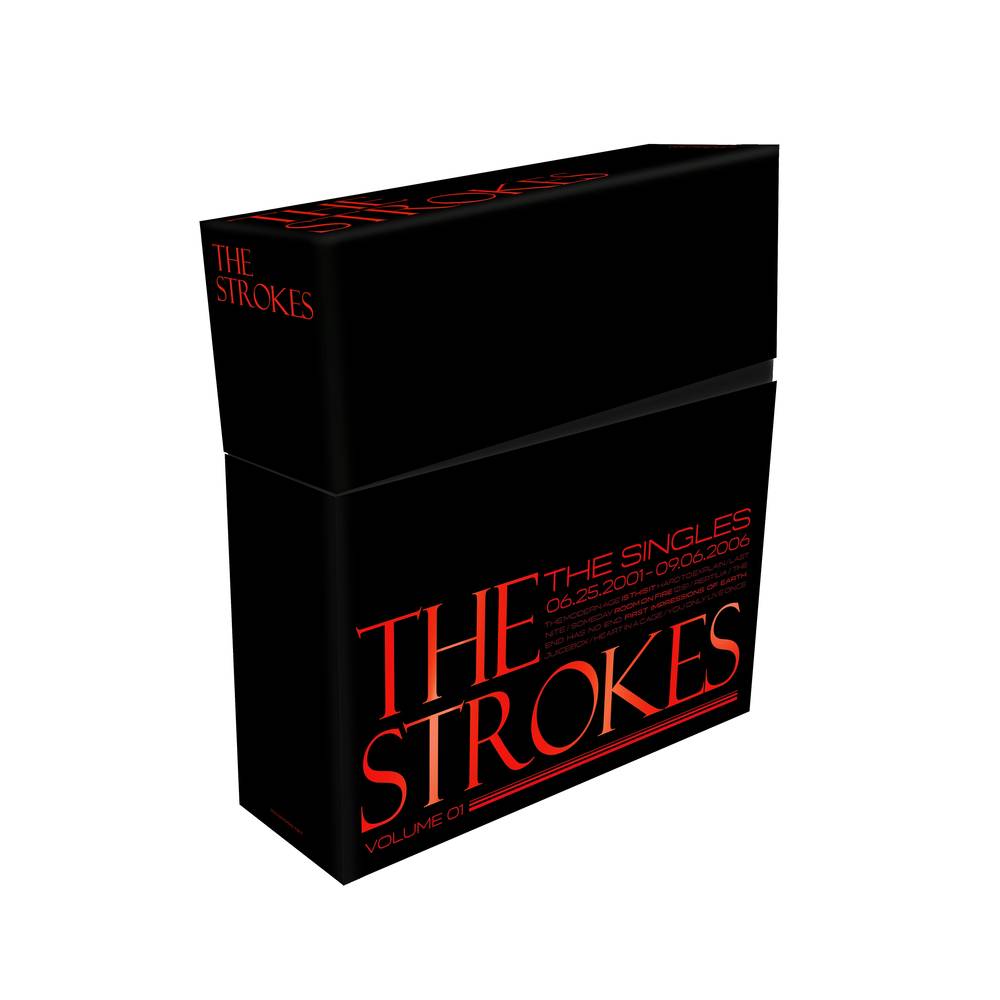 The Strokes The Singles - Volume 01 is a 7” vinyl boxset comprised of the 10 original vinyl singles released from the band’s first three studio albums.  Utilizing the original singles artwork, the boxset will include standard black 7” vinyl of "The Modern Age," "Hard To Explain," "Last Nite," and "Someday," off of Is This It (2001), "12:51," "Reptilia," and "The End Has No End" off of Room on Fire (2003), and "Juicebox," "Heart In A Cage," and "You Only Live Once" off of First Impressions of Earth (2006) with their accompanying b-sides. Breakdown of each 7” single