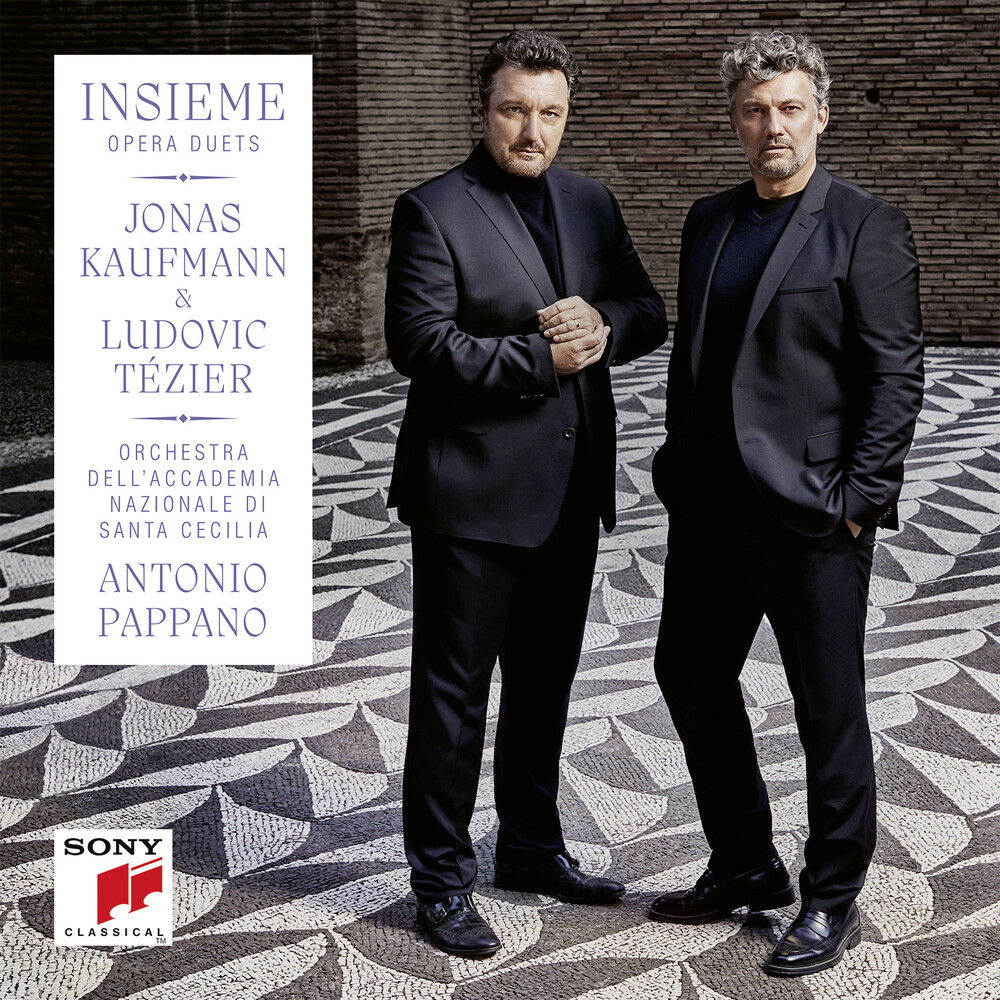 On stage they're usually rivals, but in real life Jonas Kaufmann and Ludovic Tézier share a close friendship. After many live performances together these two extraordinary artists have recorded their first duet album: "Insieme", meaning "together" in Italian, to be released on Sony Classical. Accompanied by the Orchestra dell'Accademia Nazionale di Santa Cecilia under Antonio Pappano, they present duets they've sung together on stage, plus works specially chosen for the album.

Since their first performance together in the 2010 Paris production of `Werther', they've often appeared side-by-side in various stage productions. And as on the current recording, the works of Verdi have played a key role. In 2013 when they appeared as rivals in La forza del destino for the first time, it was immediately obvious they'd each found their perfect sparring partner: "With Ludo it's a terrific challenge every time,", Kaufmann explains of his work with Tézier, "I have to give everything I've got. Whenever I'm on stage with him, I feel I give a better performance."

They can be heard here in a scene from Don Carlos, in its original French version. And in addition, these recording sessions during the 2021 lockdown became their first joint Otello, after Tezier had to unfortunately cancel his scheduled début alongside Kaufmann's 2017 Otello début at London's Royal Opera House.

Their mutual respect is unbounded, and nowhere more so than in these extremely demanding roles. "To me, Jonas is the prototype of a modern singer", Tézier explains. "Not only because of his good looks and acting abilities. He can sing in any language and adapt his performances to any style. And he immerses himself completely in his characters. Those are qualities that keep opera alive."

Both singers can also be heard here for the first time in the great duets from Verdi's Les Vêpres siciliennes, in its rarely performed French version. The duet from Ponchielli's La Gioconda, a masterpiece of verismo, is likewise a fully-fledged double début, soon to be followed by a joint performance of the complete opera. In contrast, both have sung Puccini's La Bohème on stage, but never together. Here they can be heard, likewise for the first time, in the duet from Scene 4