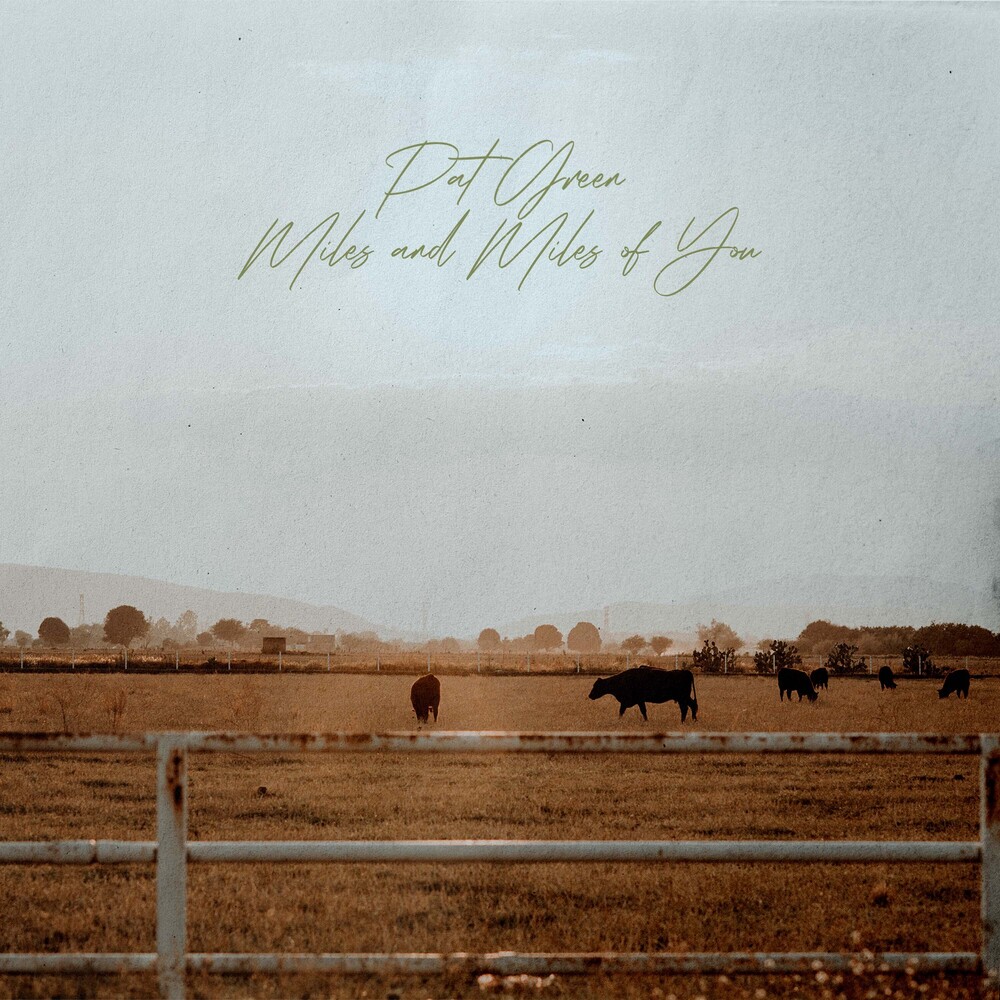 Marked by resilience, maturity, and the optimistic joy of a creative resurgence, Pat Green's Miles and Miles of You is the work of an icon reclaiming ground only he himself could have ceded. Ten fresh tracks feel like the spiritual exhale of a celebrated troubadour, taking fans on a journey to the other side of turmoil... and to a place where the old ways feel new again. Credited as one of Texas country's modern-era founding fathers, Green has traveled many roads in the 25 years since his debut album, Dancehall Dreamer. A Grammy nominated singer-songwriter with a restless creative spirit, his career has gone beyond the bounds of a "country star" to include the work of a painter, sculptor, philanthropist, family man and more. But one constant has remained - his vision. Green's 14th album overall, Miles and Miles of You is also his first in nearly seven years - since his inspiration-first writing style means he won't force a song into existence. But that philosophy also makes it possible for a whole album to arrive in a dam-burst of expression, and Green now calls Miles and Miles of You an "effortless" project. "It was just so smooth and natural," he says. "I write the song when it comes, and it was like 'Man, we're on a roll.'" Recorded outside Austin with producer Dwight Baker (Bob Schneider, Josh Abbott Band), more of that story is revealed with each track, as Green and his band mirrored the loose vibe of the songwriting with country balladry, dancehall energy, soul-baring reflection and at times, a swampy blues strut. "The older you get, you just have more to think about," he says. "So that's what this record is - a guy with more to think about, coming through a hard time and into something as fun and beautiful as creation. I'm just gonna take the ball and run with it."