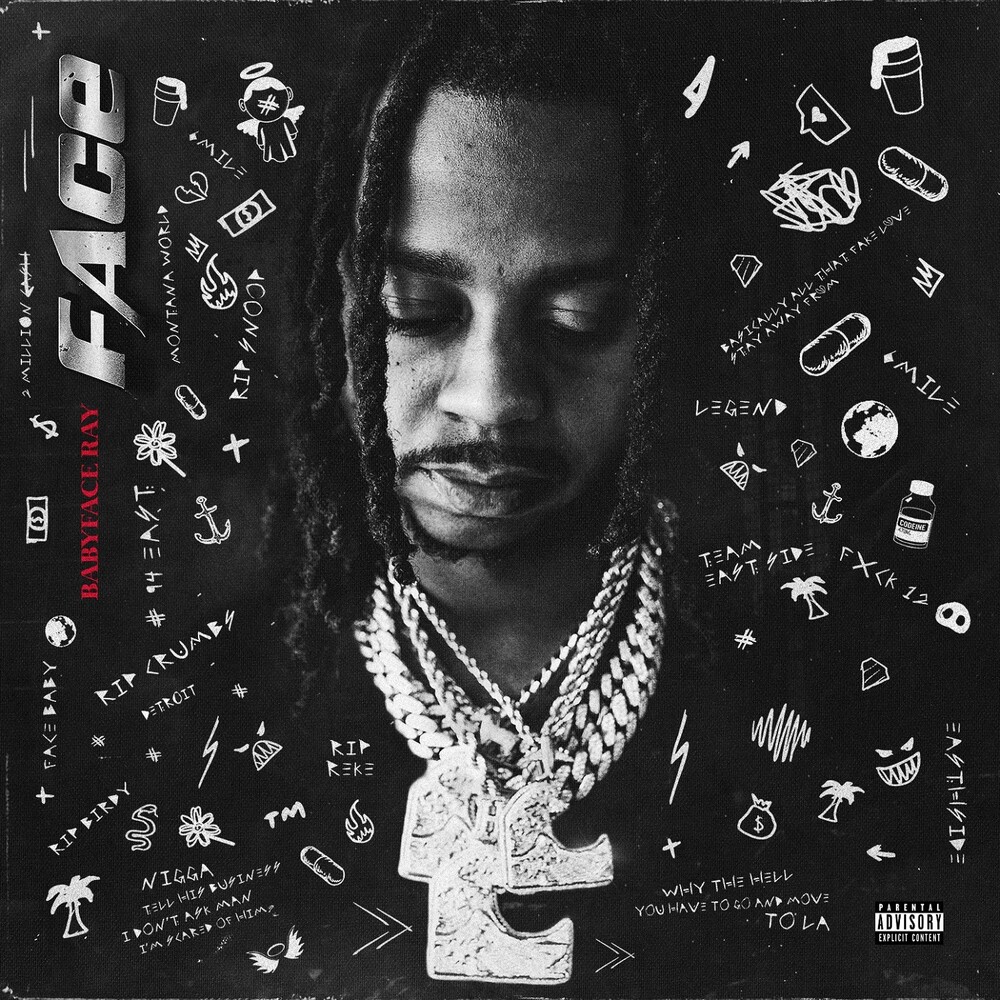 Following the commercial success of the 2021 album Unf*ckwitable and an overall banner year for the Detroit rapper, Babyface Ray comes with the aptly titled and highly anticipated album, FACE, which sees him stake his claim as "The Face of the City." Production on the twenty-track album is largely handled by 808 Mafia, DJ Esco and others, and features appearances from Icewear Vezzo, Yung Lean, Pusha T, G Herbo, Wiz Khalifa, 42 Dugg & Landstrip Chip. With an already impressive list of cosigns from artists such as Future and Tyler, The Creator, Babyface Ray continues his all-out assault to put Motor City on the map and isn't taking his foot off the gas anytime soon.