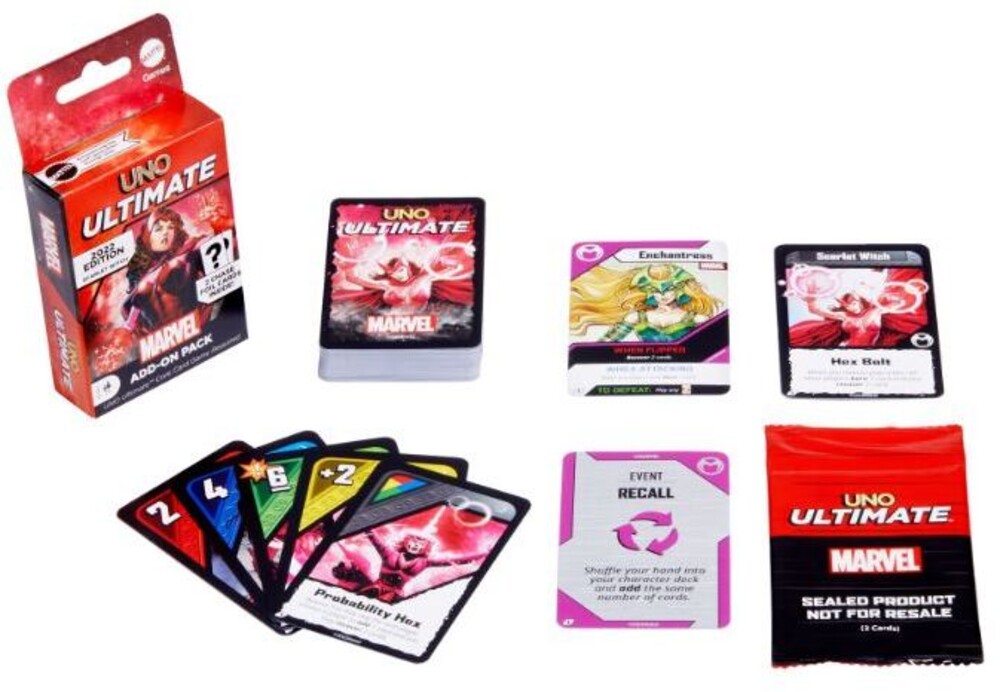 The Scarlet Witch Pack has an entire deck of UNO Ultimate cards, with graphics and special rules, designed specifically for this Super Hero to play as Scarlet Witch! This pack also includes two collectible Foil Cards that players can collect or use in the game. Makes a great gift for card game lovers and Marvel fans ages 7 years and older. UNO Ultimate Core Card Game is required -the instructions for how to play UNO Ultimate can be found only in the core version of the game.

UNO Ultimate is best played with up to 4 players.

Colors and decorations may vary.