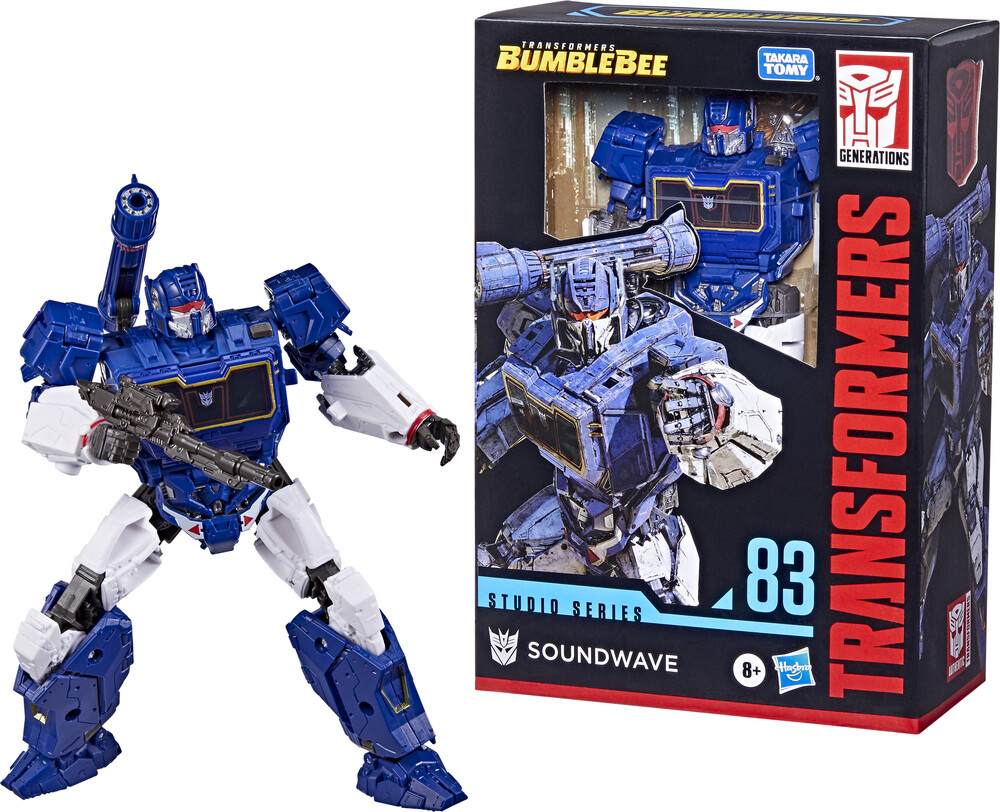 Included backdrop to showcase Soundwave in the Cybertron Falls scene.

In the Cybertron Falls scene from Transformers: Bumblebee, the fate of Cybertron is sealed as Soundwave orders the Decepticons to launch a final attack, causing the Autobots to fall back.

Pose the figure out with the included blaster and shoulder cannon accessories and imagine recreating this classic movie moment!