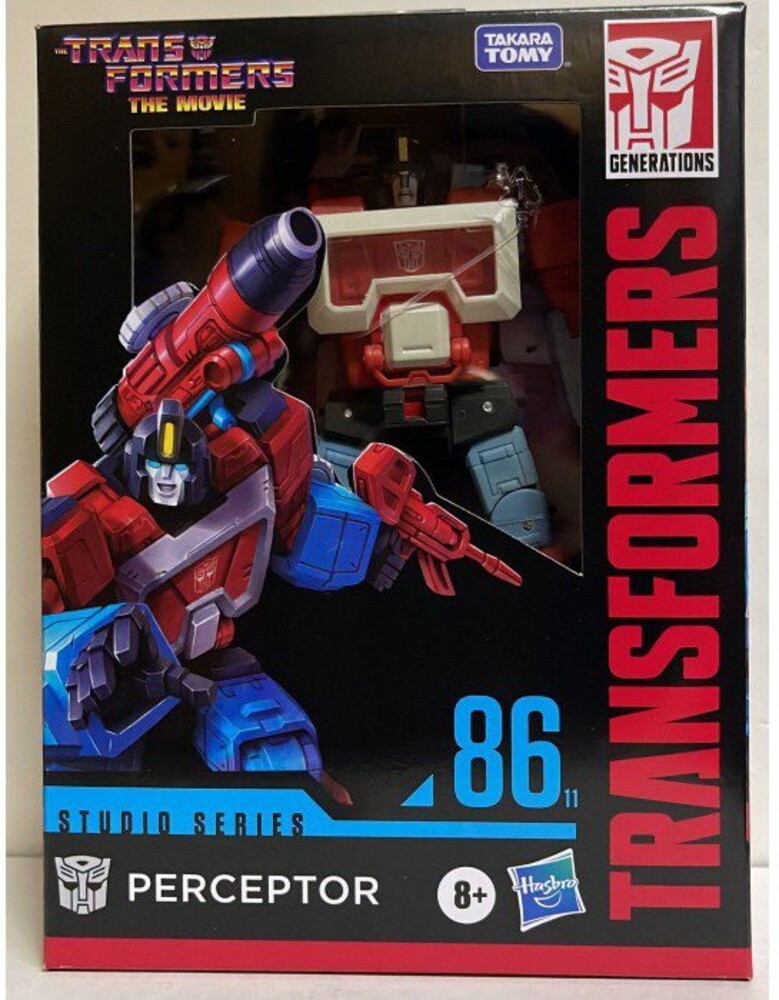 This Studio Series 86-11 Deluxe Class Transformers: The Movie-inspired Perceptor figure converts from robot to microscope mode in 20 steps. Remove backdrop to showcase Perceptor toy in the Battle of Autobot City scene. In the Battle of Autobot City scene from The Transformers: The Movie, a cursory evaluation of Decepticon capability indicates a distinct tactical deficiency -- or in other words: the Autobots are outnumbered! Pose the figure out with the included blaster accessory and imagine re-creating this classic movie moment!

4.5-INCH SCALE PERCEPTOR: Figure features vivid, movie-inspired deco, is highly articulated for posability, and comes with a blaster accessory inspired by the film

BIG SCREEN INSPIRED: Figure scale reflects the character's size in the world of The Transformers: The Movie. Figure and packaging are inspired by the iconic Battle of Autobot City scene

2 ICONIC MODES: Figure features classic conversion between robot and microscope modes in 20 steps. Perfect for fans looking for a more advanced converting figure. For kids and adults ages 8 and up

REMOVABLE BACKDROP: Removable backdrop displays Perceptor figure in the Battle of Autobot City scene. Fans can use the backdrop and pose their figures in the scene with their own style