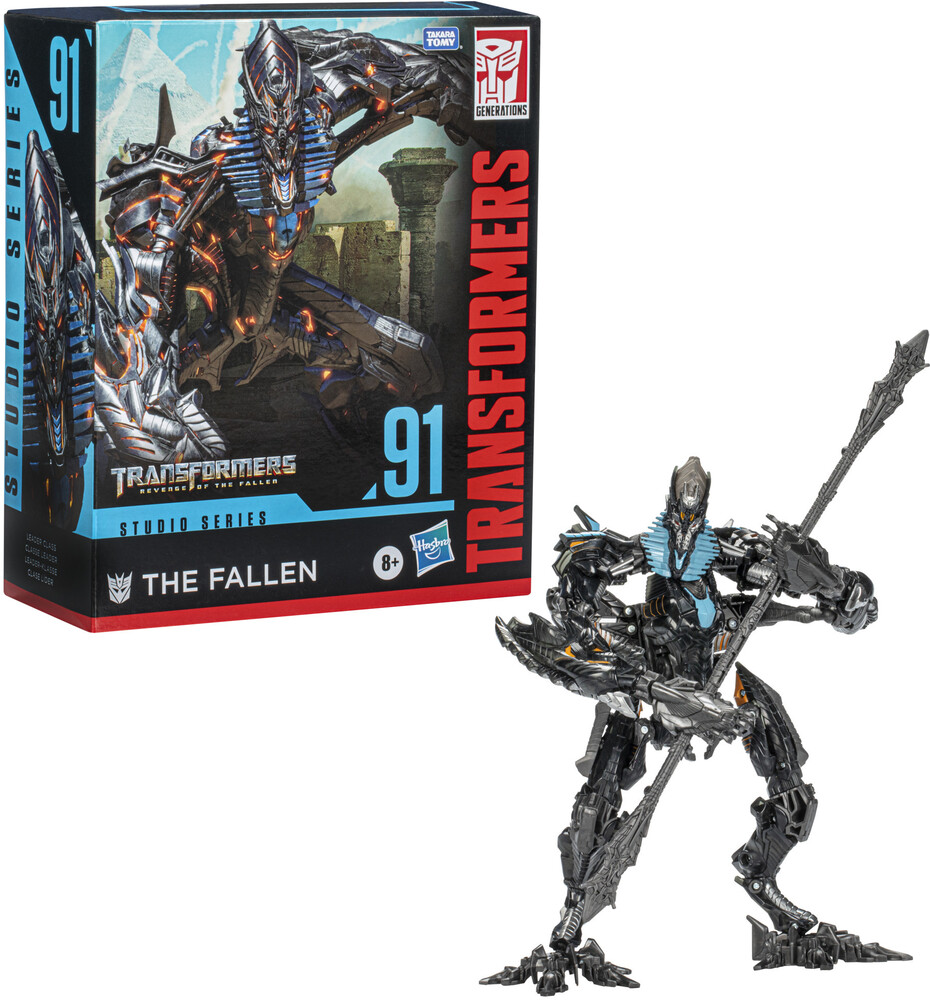 This Studio Series 91 Leader Class Transformers: Revenge of the Fallen-inspired The Fallen figure converts from robot to Cybertronian spacecraft mode in 17 steps. Remove backdrop to showcase The Fallen figure in the Pyramid Desert Battle scene. In the scene, The Fallen engages Optimus Prime in a fierce final battle, Prime against Prime.

BIG SCREEN INSPIRED: Figure scale reflects the character's size in the world of Transformers: Revenge of the Fallen. Figure, packaging, and removable backdrop are inspired by the iconic Pyramid Desert Battle scene

2 ICONIC MODES: The Fallen figure features classic conversion between robot and Cybertronian spacecraft modes in 17 steps. Perfect for fans looking for a more advanced converting figure. For kids and adults ages 8 and up