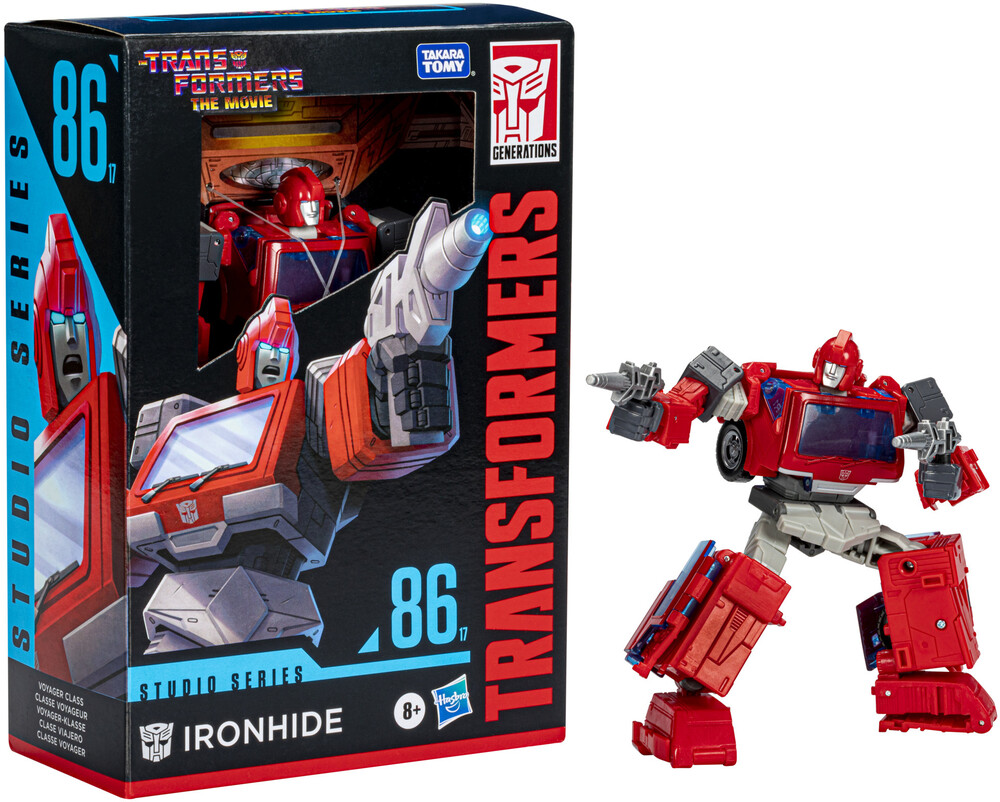 This Studio Series 86-17 Voyager Class The Transformers: The Movie-inspired Ironhide figure converts from robot to van mode in 26 steps. Remove backdrop to showcase Ironhide toy in the Decepticon Shuttle Ambush scene from The Transformers: The Movie. In the scene, Ironhide bravely fights off a Decepticon ambush on the Autobot shuttle. Pose the figure with the included accessories to re-create this classic movie moment.

BIG SCREEN INSPIRED: Figure scale reflects the character's size in the world of The Transformers: The Movie. Figure and packaging are inspired by the iconic Decepticon Shuttle Ambush scene

2 ICONIC MODES: Figure features classic conversion between robot and van modes in 26 steps. Perfect for fans looking for a more advanced converting figure. For kids and adults ages 8 and up