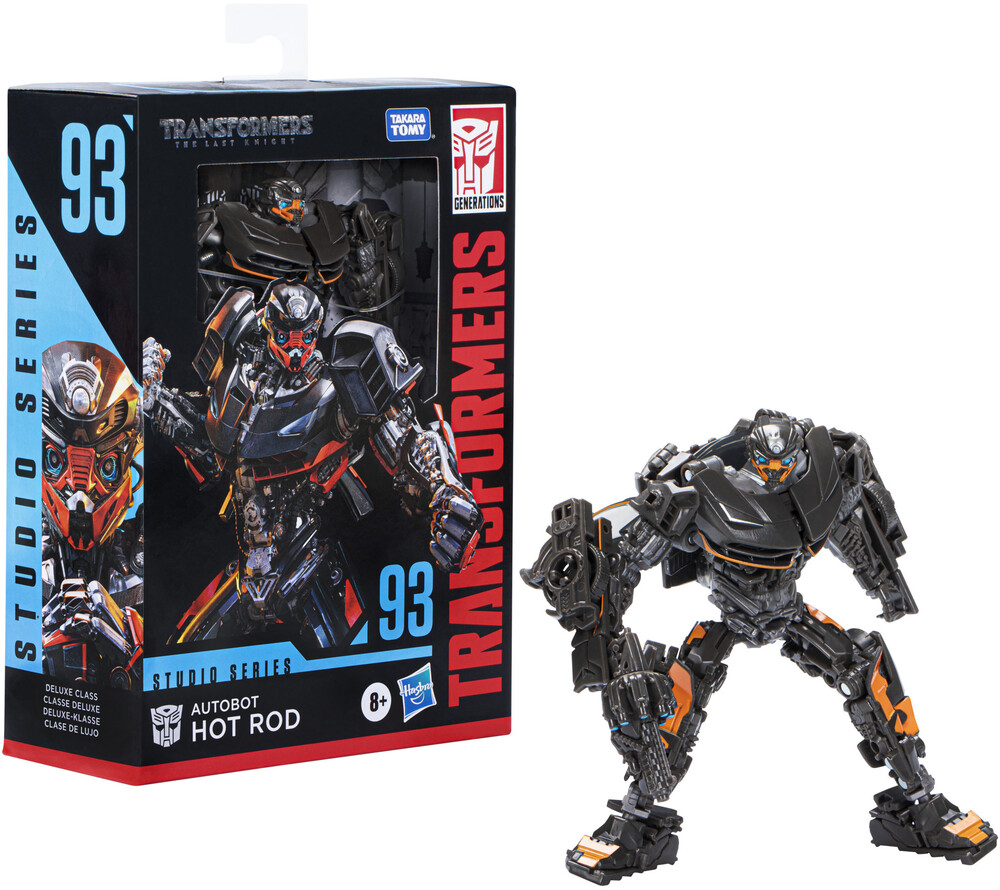 This Studio Series 93 Deluxe Class Transformers: The Last Knight-inspired Autobot Hot Rod figure converts from robot to a licensed Lamborghini Centenario mode in 26 steps. Remove backdrop to showcase Autobot Hot Rod in the London Escape scene. In the London Escape scene from Transformers: The Last Knight, Hot Rod diverts the authorities as Bumblebee races to the Royal Navy Submarine Museum. Pose the figure out with the included blaster accessory and imagine re-creating this classic movie moment!

BIG SCREEN INSPIRED: Figure scale reflects the character's size in the world of Transformers: The Last Knight. Figure and packaging are inspired by the iconic London Escape scene

REMOVABLE BACKDROP: Removable backdrop displays Autobot Hot Rod figure in the London Escape scene. Fans can use the backdrop and pose their figures in the scene with their own style