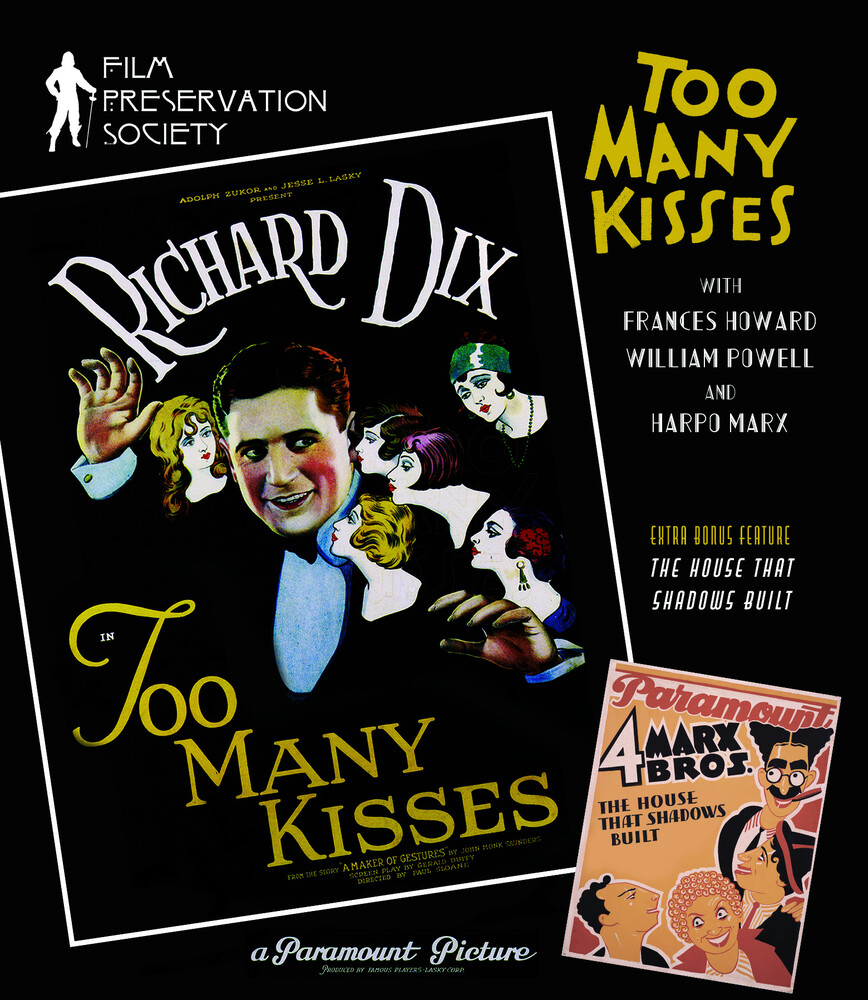 1925: Harpo Marx is starring on Broadway; Richard Dix is one of the newest stars of the silent screen and William Powell is nearly a decade away from making the first Thin Man movie. The three of them star in Paramount's delightful comedy Too Many Kisses, which vanishes without a trace shortly after its initial release. Thought lost for decades, the film is now available for the first time.

With a new score composed and performed by Bill Marx - son of Harpo - Too Many Kisses is presented to modern audiences in a beautiful new restoration from Film Preservation Society. Among the film's many charms is the chance to see Harpo speak - albeit through a title card. Powell is sinister in one of his many early villain roles and Dix is the dashing young romantic hero. (He's romancing Frances Howard, who would soon give up her career to marry producer Samuel Goldwyn.)

Too Many Kisses will excite Marx Brothers fans eager to see the film debut of Harpo Marx. But Marx Brothers fans also get another important, rarely seen film on this Blu-ray edition of Too Many Kisses. The House That Shadows Built, a 1931 Paramount promotional feature celebrating the studio's 20th anniversary, includes a Marx Brothers sequence not seen in any of their films. And that's not the only rare treasure. Clips from lost silent films featuring stars like Douglas Fairbanks and Lon Chaney are included in this meticulously restored piece of film history.

"About Film Preservation Society," a short presentation about The Biograph Project, an effort to restore and preserve all of the short films directed by D.W. Griffith for the Biograph Company.