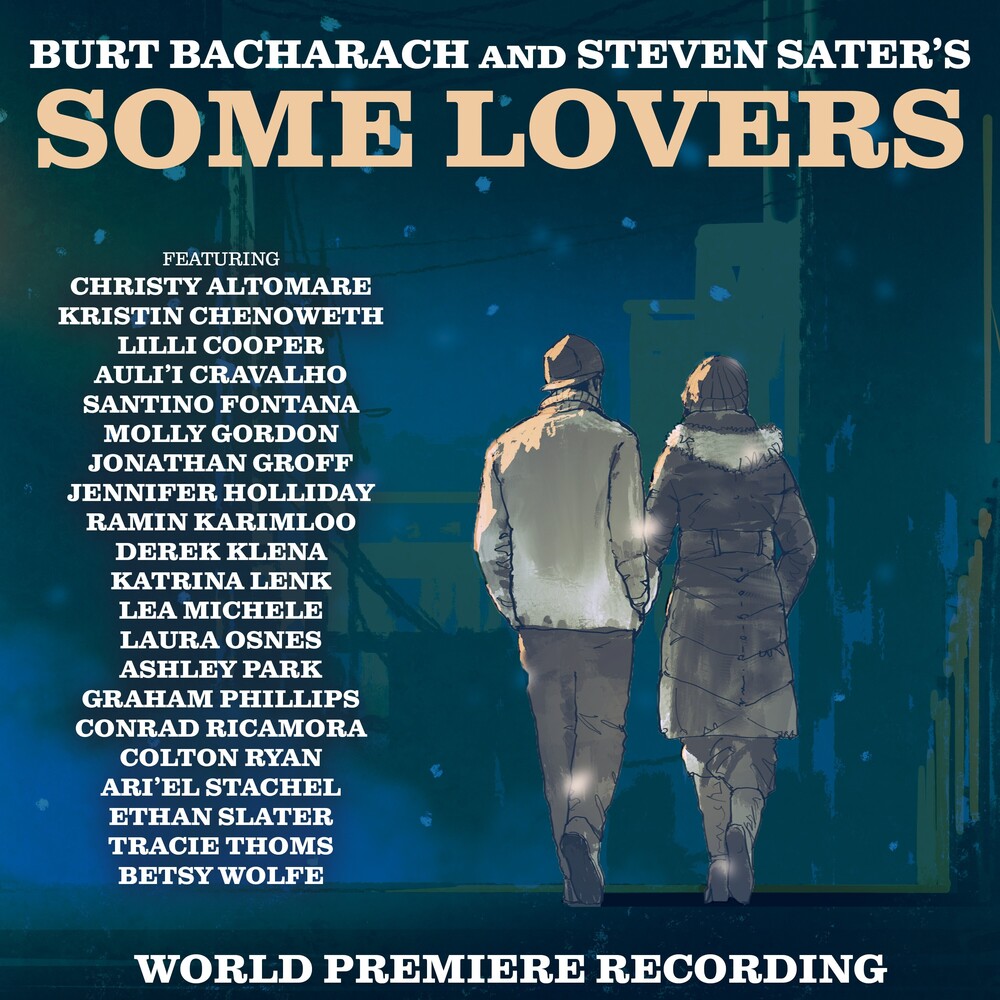 (Please call first)
DISC: 1
1. Molly (Colton Ryan and Molly Gordon)
2. Some Lovers (Betsy Wolfe and Tracie Thoms)
3. Aren't We? / Another Start (Ethan Slater and Lilli Cooper)
4. Love Me for An Hour (Jonathan Groff and Lea Michele)
5. Living with a Ghost (Katrina Lenk and Ari'el Stachel)
6. Hold Me (Conrad Ricamora and Ashley Park)
7. A Thousand Things That Were You (Derek Klena)
8. Ready to Be Done with You / a Thousand Things That Were You Reprise (Christy Altomare and Derek Klena)
9. Welcome to My World (Ramin Karimloo)
10. Every Other Hour (Jennifer Holliday)
11. Just Walk Away (Kristin Chenoweth)
12. Hush (Santino Fontana and Laura Osnes)
13. This Christmas (Graham Phillips and Auli'i Cravalho)

Burt Bacharach and Steven Sater's Some Lovers follows the story of a couple caught between their present and their past. With an original story and lyrics by Steven Sater and all new music from the legendary Burt Bacharach, this captivating tale leaps across time as an unforgettable melody transports these lovers back to their younger selves. Some Lovers is Burt Bacharach's first new score for the stage since Promises, Promises in 1968. The musical has had several lives, including a premiere at The Old Globe, a concert at Lincoln Center, and a production of The Other Palace in London. This latest iteration of the piece features a handful of stage and screen costars to present the story through a concept album. The recording stars a myriad of on-stage and screen co-stars. The album features Colton Ryan and Molly Gordon (co-stars from Alice by Heart), Betsy Wolfe and Tracie Thoms (co-stars from Falsettos), Ethan Slater and Lilli Cooper (co-stars from SpongeBob SquarePants and Edge of the World), Jonathan Groff and Lea Michele (co-stars from Spring Awakening and GLEE), Katrina Lenk and Ari'el Stachel (co-stars from The Band's Visit), Conrad Ricamora and Ashley Park (co-stars from The King and I), Christy Altomare and Derek Klena (co-stars from Anastasia), Ramin Karimloo (Les Misérables), Jennifer Holliday (Dreamgirls), Kristin Chenoweth (Promises, Promises), Santino Fontana and Laura Osnes (co-stars from Rodgers + Hammerstein's Cinderella and My Marcello), and Graham Phillips and Auli'i Cravalho (co-stars from The Little Mermaid Live!). Some Lovers is produced by Michael Croiter and Ben Hartman; Co-Producer: Burt Bacharach, Steven Sater, Cody Lassen; Co-Executive Producers: Maxwell Beer, Brad Blume, Louis Hobson, Elisabeth Siegel, John Styles, Jr., Joanna Topetzes, and Deena Zucker.