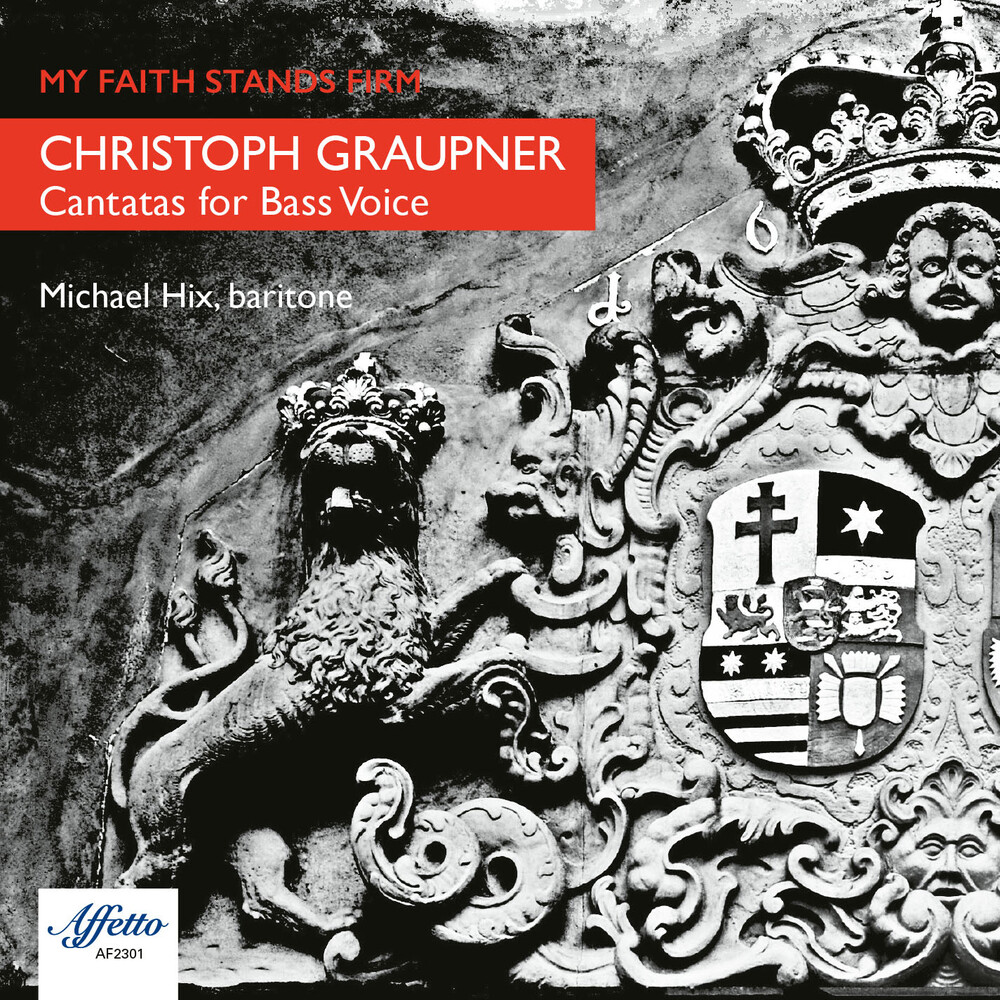 Very often discussions regarding the composer Christoph Graupner (1683-1760) places him in comparison with J.S. Bach. If one has heard of Graupner, it is usually the bit of trivia that he was offered the Leipzig Thomaskirche cantor position before Bach. Of particular interest, however, is the vastness of extant material Graupner composed. There are scores for over 1,400 of Graupner's church cantatas. Forty-seven of these are for solo bass voice with a variety of instrumental pairings. One can assume that the majority of these works were written for the bass (and composer) Gottfried Grünewald (1665-1739), whom Graupner knew in Leipzig and with whom he worked at the opera in Hamburg. Grünewald served as the vice-capellmeister in Darmstadt under Graupner from 1713 until his death. In addition to the forty-seven solo bass cantatas, Graupner also wrote seventeen duet cantatas for soprano and bass. Alongside the staggering number of cantatas, Graupner composed a wealth of instrumental music including keyboard works, more than 100 sinfonias, and a canon with 5,626 inversions. The sheer volume of this relatively unexplored repertoire is thrilling but also overwhelming, making categorization of Graupner's overall musical style problematic. This recording, featuring cantatas and instrumental works composed between 1720 and 1745, offers the listener an introduction to Gaupner and an important, if small, piece in the larger puzzle that is Graupner's life and work. It premieres Graupner to a wider music world largely ignorant of this talented and nearly unknown Baroque composer by baritone Michael Hix, Chair of the Department of Music at the University of New Mexico, praised by critics for his "expressive voice" and "commanding stage presence", and whose research has brought Christoph Graupner to light through this album.