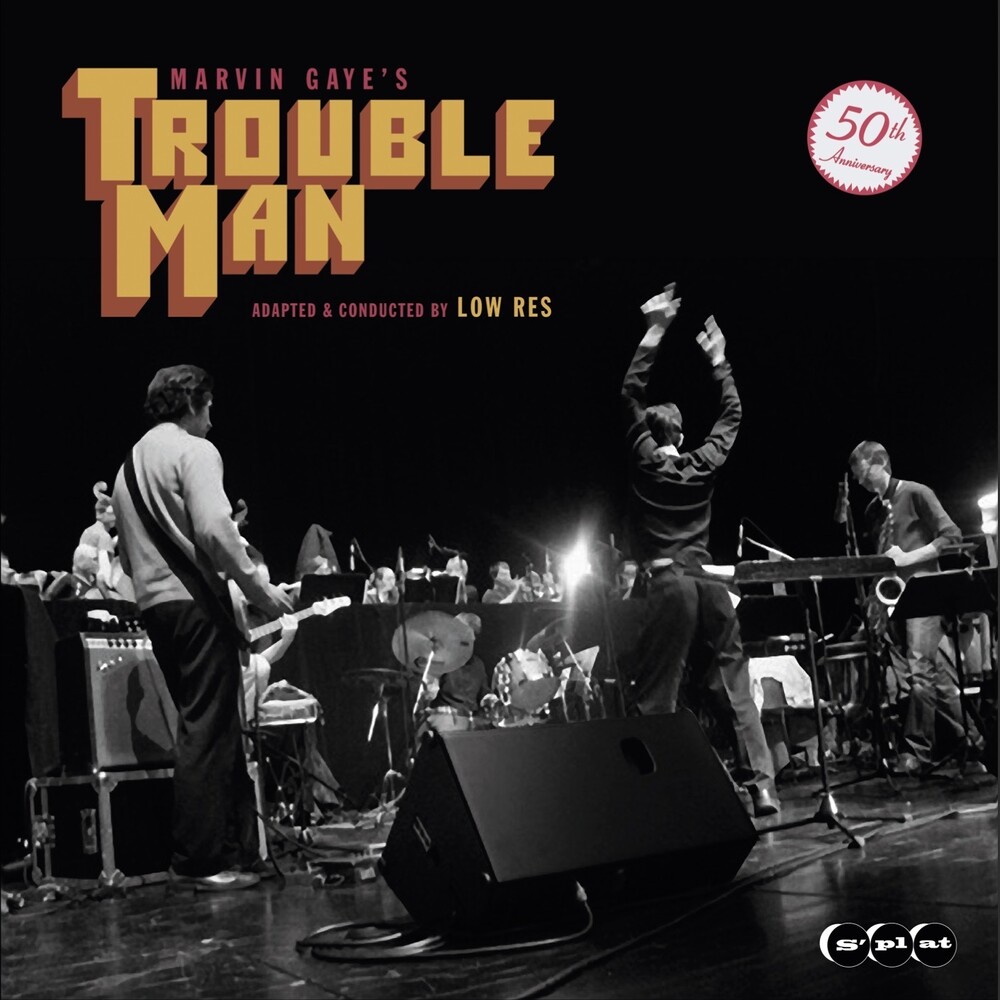 Marvin Gaye was extremely proud of his pioneering film score for the "blaxploitation" film "Trouble Man". In 1982, he commented: "The "Trouble Man" film score was one of my loveliest projects and one of the great sleepers of all our time. I'll probably be dead and gone before I get the probable acclaim from the "Trouble Man" album, a musical track that I feel I should get. And put on a symphony, if someone took my album and did a symphony on it, I think it would be quite interesting." American musician Daniel Zelonky (AKA "Low Res") had been captivated by this record for decades. Given the opportunity to recreate and conduct the entire film score live with a 36 piece orchestra at Voohuit, a beautiful classical venue in Gent, Belgium he set about meeting this daunting challenge: to be faithful to the feeling of the original and yet to create something "new", to expand upon certain elements in a formal way, no "jamming" on the themes. After a very successful performance, the resulting recordings were augmented in studio with additional instrumentation, and with the vocals of Blackwolf, singer of the late, lamented "Kings Go Forth" (Luaka Bop Records). We think that the crate-digging denizens of the original soundtrack, and the curious Marvin Gaye fans alike will find much to enjoy in this 50th Anniversary tribute to Marvin's Blaxploitation masterpiece!