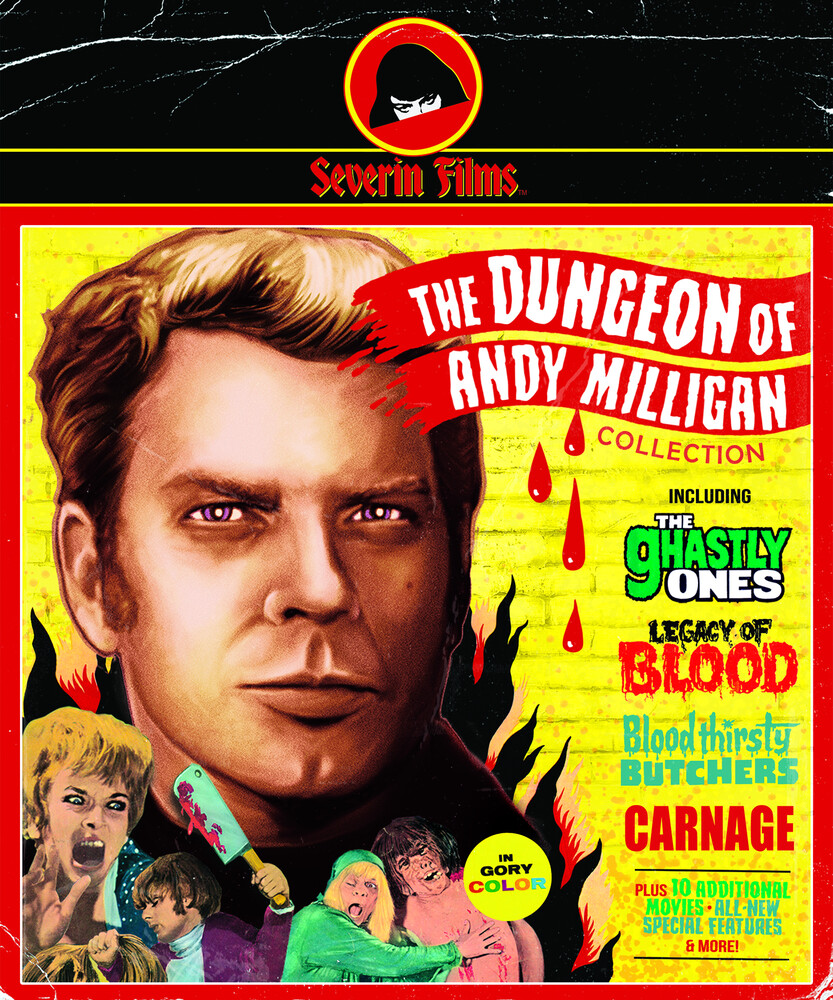 He's been described as "The Fassbinder of 42nd Street" (Artforum), "a celebration of hate" (Bleeding Skull) and "an unmatched voice from the underbelly of low-budget cinema" (Rue Morgue). More than a quarter century after his death, he remains perhaps the most divisive name in genre history. Severin Films now presents the cranium-cleaving collection devoted to writer/actor/director Andy Milligan - "a gay sadist who pioneered New York's avant-garde theater world and made astonishingly unique exploitation movies" (Diabolique Magazine) - on 8 Blu-rays featuring 14 surviving films from his NYC and London years, 10+ hours of trailers, outtakes, interviews & audio commentaries, a bonus CD and an all-new 128-page book by Stephen Thrower that explores the profane madness behind it all. From his provocative underground work through his international scuzz-horror classics, experience the venomous legacy of the filmmaker Time Magazine calls "depraved, degenerate, desperate, damned" like never before.