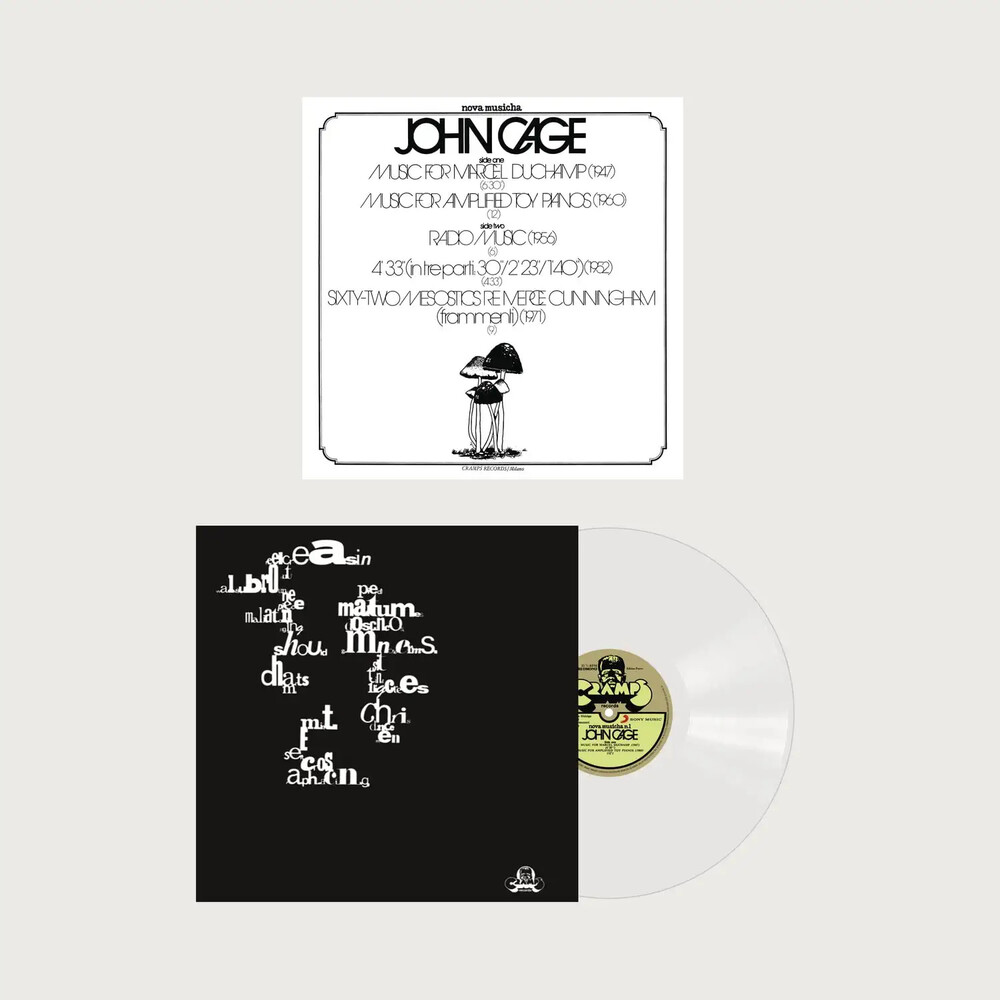 One of the better realizations of John Cage's work, this was also the first "Nova Musicha" collection release. The LP contains five John Cage's compositions for "prepared" piano, played and performed by various artists: Juan Hidalgo, Walter Marchetti, Gianni-Emilio Simonetti and Demetrio Stratos. In these perfomances, the sound of the piano was altered by placing objects (preparations) between or on the strings or on the hammers or dampers. Toy pianos and radio systems were used too. Demetrio Stratos performed "Sixty-two mesostics Re Merce Cunningham