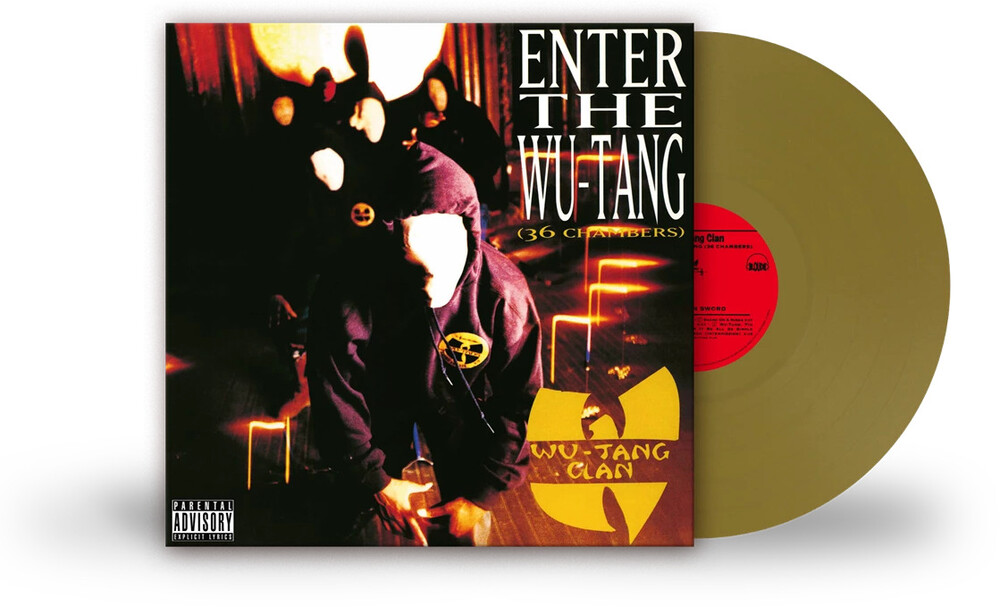 Limited colored vinyl LP pressing. Wu-Tang Clan's debut, Enter the Wu-Tang (36 Chambers), was one of the most influential rap albums of the '90s. It's sparse yet atmospheric production - courtesy of RZA - mapped out the sonic blueprint that countless other hardcore rappers would follow for years to come. It laid the groundwork for the rebirth of New York hip-hop in the hardcore age, paving the way for everybody from Biggie and Jay-Z to Nas and Mobb Deep. Moreover, it introduced a colorful cast of hugely talented MCs, some of whom ranked among the best and most unique individual rappers of the decade. Some were outsized, theatrical personalities, others were cerebral storytellers and lyrical technicians, but each had his own distinctive style, which made for an album of tremendous variety and consistency. Every track on 'Enter the Wu-Tang' is packed with fresh, inventive rhymes, which are filled with martial arts metaphors, pop culture references (everything from Voltron to Lucky Charms cereal commercials to Barbra Streisand's 'The Way We Were'), bizarre threats of violence, and a truly twisted sense of humor. Their off-kilter menace is really brought to life, however, by the eerie, lo-fi production, which helped bring the raw sound of the underground into mainstream hip-hop. Starting with a foundation of hard, gritty beats and dialogue samples from kung fu movies, RZA kept things minimalistic, but added just enough minor-key piano, strings, or muted horns to create a background ambience that works like the soundtrack to a surreal nightmare. There was nothing like it in the hip-hop world at the time, and even after years of imitation, 'Enter the Wu-Tang' still sounds fresh and original. Subsequent group and solo projects would refine and deepen this template, but collectively, the Wu have never been quite this tight again.