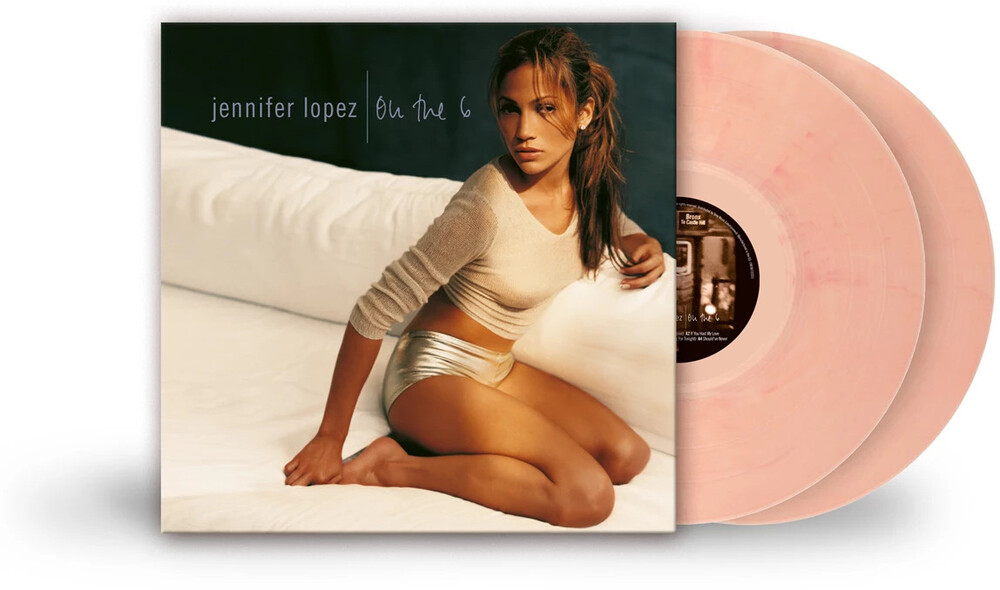 Double pink colored vinyl LP pressing. On the 6 is the debut studio album by American singer and actress Jennifer Lopez. Originally released on June 1, 1999. Lopez worked with several producers on the album, including Rodney Jerkins, Cory Rooney, Dan Shea and her boyfriend at the time, rapper and record producer Sean 'Puffy' Combs. A Spanish edition of the album was released on November 24, 1999. This 'Spanglish' edition of the album shuffles the tracklist and includes tracks from both versions to provide a comprehensive collection of songs from J-Lo's early career.