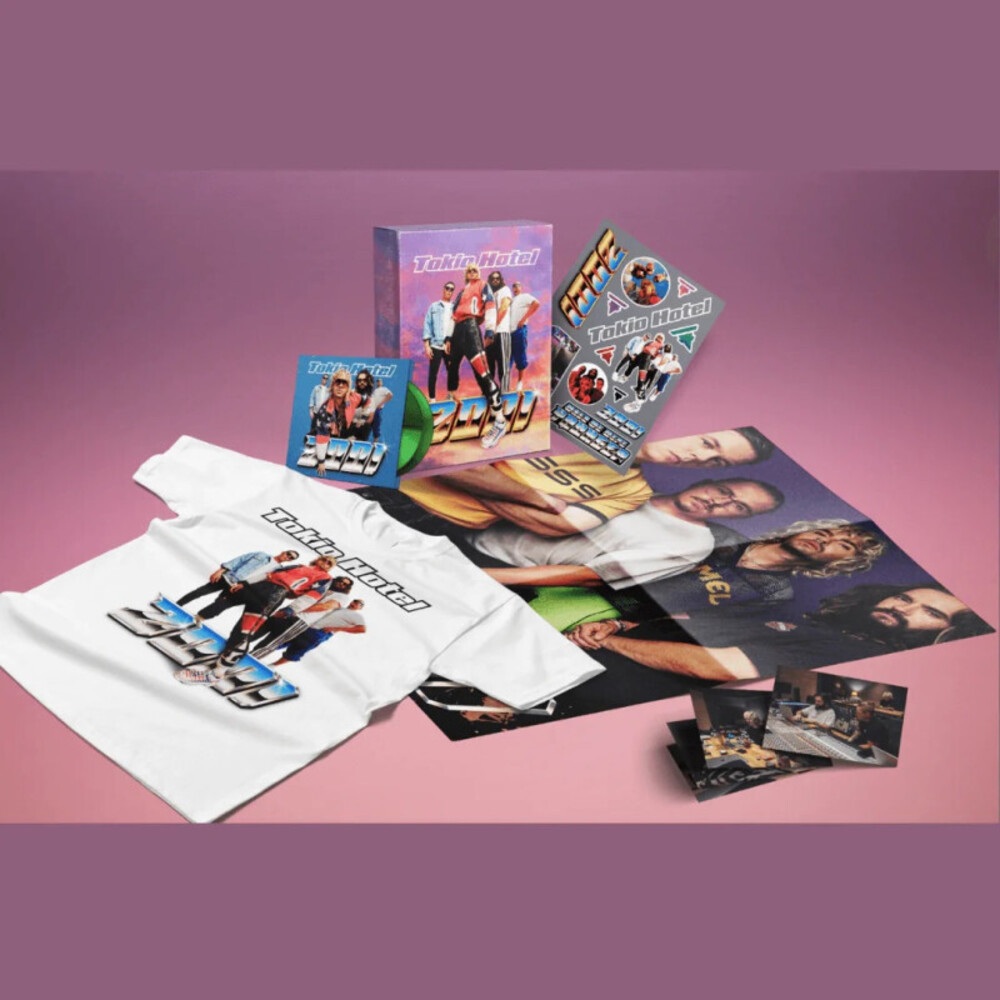 Deluxe boxset with medium t-shirt. Finally the wait is over! Five years after their top 5 album "Dream Machine", Tokio Hotel release their sixth studio album titled "2001". The album is titled '2001' - a nod to the year the band first met and formed - for good reason. "On one hand, the album goes back to the roots, but it also unites all the Tokio Hotel facets of the last two decades," explains Bill Kaulitz. "It's quite a colorful album with the best songs from the last five years. We are incredibly grateful for all the people who have remained loyal to us over the years and are still with us today, but also for all the new people who have made the last two years so unforgettable and successful. This album is for all of us and for all the love of the last 20 years."